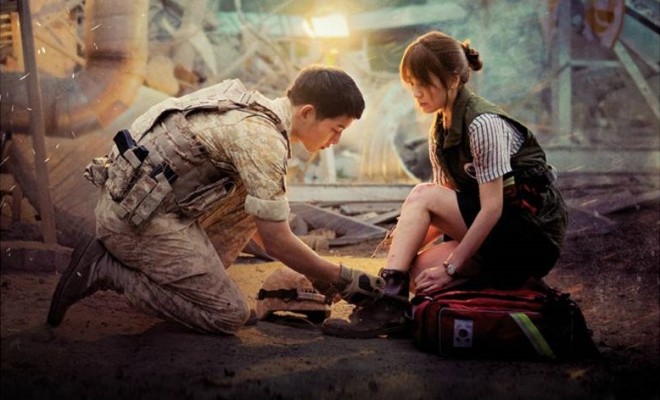 ‘Descendants Of The Sun’ Taiwanese Fan: “If Song Joong Ki dies, I will also kill myself.”

The pressure might be on Kim Eun Sook now.

The temperature of the ‘Descendants of the Sun’ fever continues to rise around the world, making waves of headlines in China and Thailand for the past week. On Thursday, news outlet My Daily cited a Taiwanese report that netizens left message on its social media, “If Song Joong-ki dies, I will also kill myself.”

This raises to a sharp awareness that many Taiwanese fans are very concerned about the ending of this hit drama, whether it will be a happy or sad one. However, some fans predict a happy ending due to limited information revealed during Song Hye Kyo’s interview on Wednesday. The female lead revealed that ‘Descendants of the Sun’ is a romantic love story.

Unlike traditional production which Korean dramas are produced episode by episode, ‘Descendants of the Sun’, written by popular writer Kim Eun-sook, has been completed in order to broadcast simultaneously in South Korea and China. The cast and production team are taking extra care to prevent spoilers.