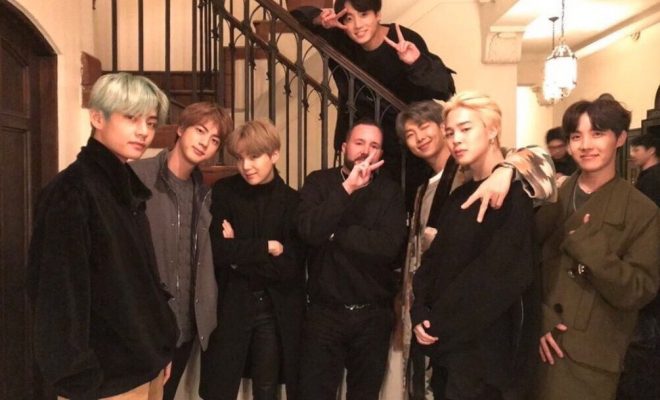 Photo of BTS with Dior's Kim Jones from BigHit Entertainment

The very esteemed house of Dior will be dressing up a male pop band for the very first time as BTS enlists its creations for Love Yourself: Speak Yourself!

Dior confirmed that it will be creating the outfits to be worn on stage by BTS for their upcoming world tour! 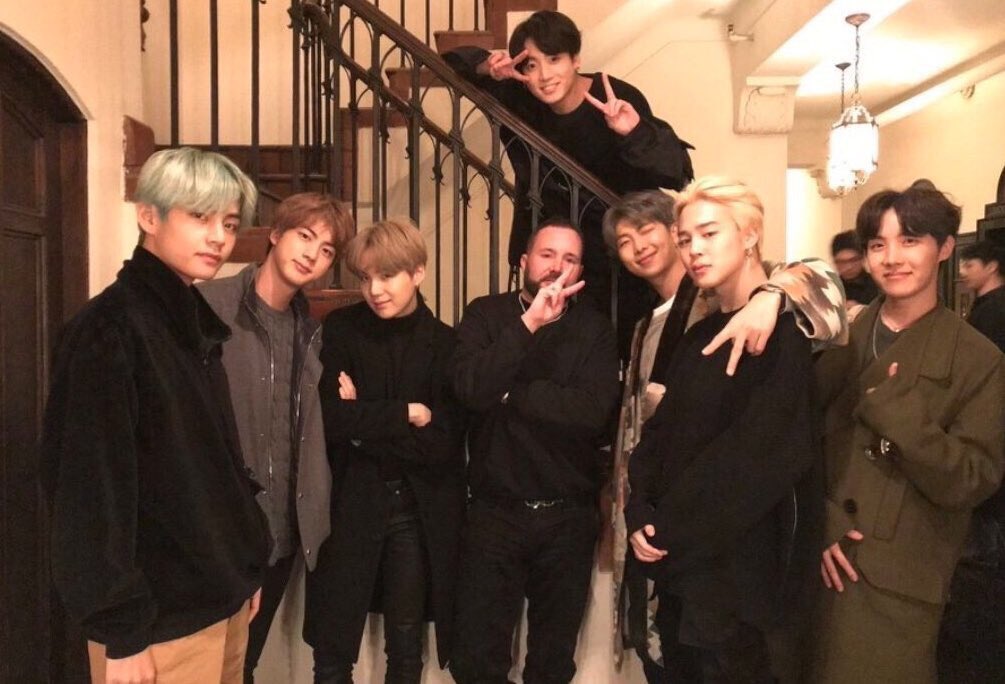 Photo of BTS with Dior’s Kim Jones from BigHit Entertainment

Marking the very first time to produce men’s stage wear for a pop band, the high-end fashion line officially announced its latest deal with the Korean boy group for the upcoming world tour Love Yourself: Speak Yourself with utmost delight.

“I love BTS because they are really great guys and super into fashion. Everyone I know is kind of crazy about them,” Dior’s current artistic director for menswear Kim Jones said. He met the group earlier in 2019.

The group cited their decision of picking the British designer “for his ability to combine couture savoir-faire with cutting-edge technology”, as earlier reported by Another Man.

Through the team-up with Dior, RM, Jin, Suga, J-Hope, Jimin, V, and Jungkook will be wearing a series of seven stage costumes made especially by Jones. These pieces are inspired by the futuristic spirit of his Dior Pre-Fall 2019 collection, and the fashion line had teased fans with a sketch of the outfits. 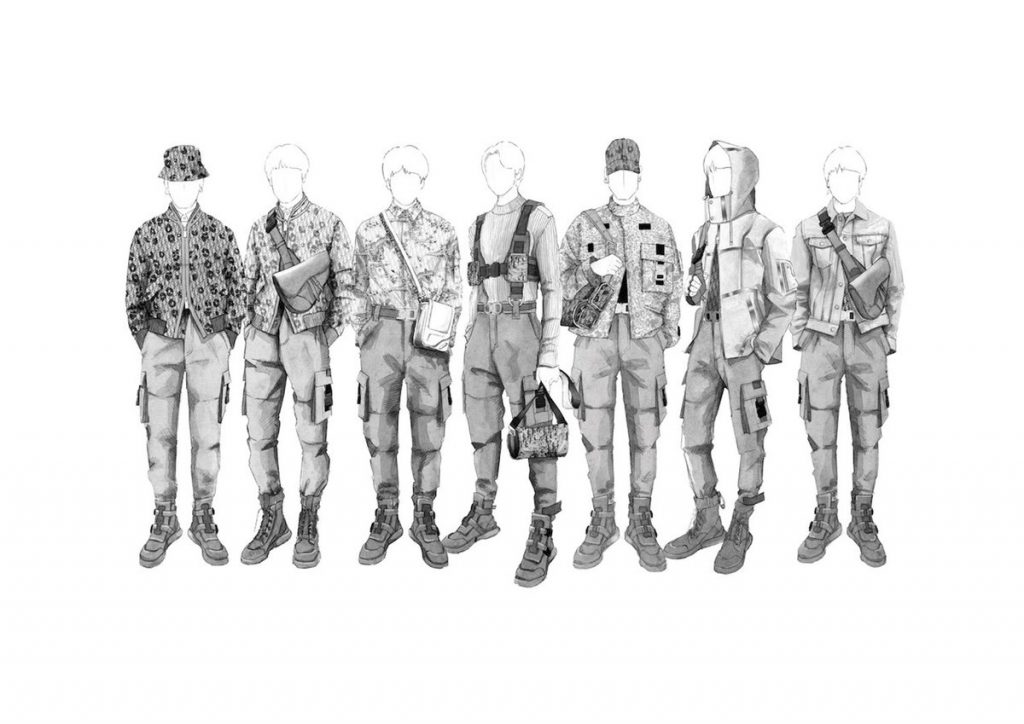 Photo from Another Man Magazine

The upcoming Love Yourself: Speak Yourself tour boasts of several world-renowned stadiums as its venues, counting six dates in six cities including London, Paris, and Sao Paulo.

Currently, all stops for the tour have been marked completely sold-out – including the famous Wembley Stadium, known as one of the biggest stadiums in the world, which will serve as the tour’s venue in London.