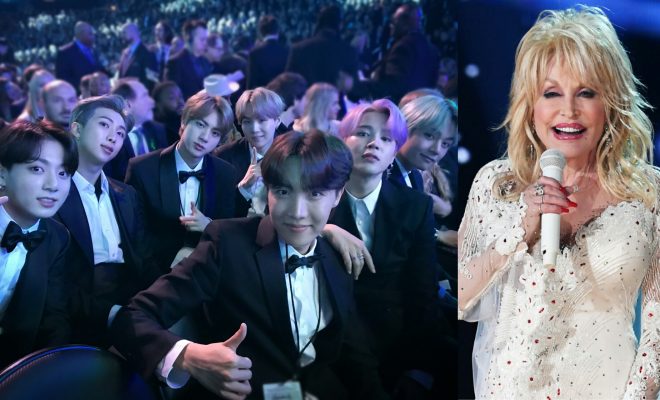 Oh, Jolene! BTS had caught the eye of Dolly Parton after showing just how much they enjoyed her performance at the Grammys! 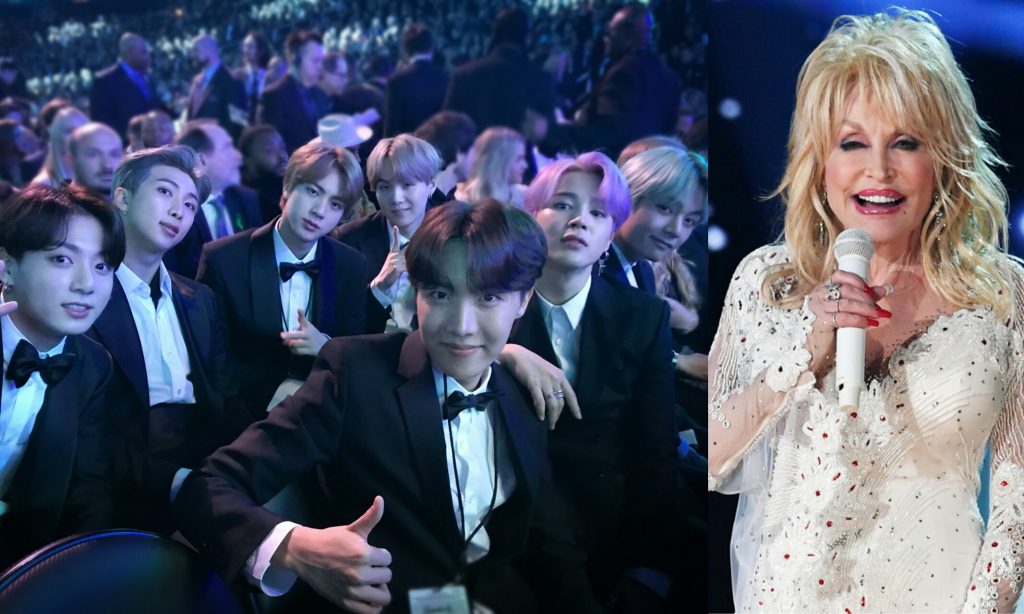 BTS had caught the eye of yet another notable icon in the Western entertainment industry after making their appearance at the recently-held Grammy Awards show.

Who is it, you ask? It’s none other than the night’s Person of the Year awardee herself, Dolly Parton!

The boys of BTS were shown jamming along wholeheartedly to Dolly’s performance at the Grammys with Miley Cyrus. The nine-time winner American country singer-songwriter staged her hit “Jolene”, to which the group sang and danced along to in the crowd.

The group’s intense hype and energy during the performance were caught on camera and televised during the ceremony. Their enthusiasm then made rounds on social media as fans gushed at how adorable they looked like while having fun at the prestigious awards show ceremony.

Now, it seems like the boys’ enthusiasm has reached Dolly Parton herself. The singer-songwriter posted on her personal Twitter account a clip of her performance where the group was also seen enjoying, captioning it with “Maybe my next #Jolene collab will be with @BTS_twt? What do y’all think?”

Maybe my next #Jolene collab will be with @BTS_twt? What do y'all think? #GRAMMYs pic.twitter.com/d64K6sUSmY

Following Dolly’s tweet, ARMYs have expressed their wishes to see this collaboration happening soon, and how they think their favorite group will have a great time doing it.

Do you want to see a collaboration between Dolly Parton and BTS? Let us know by leaving a comment below, giving us a holler on Facebook, or tweeting us at @hellokpop!