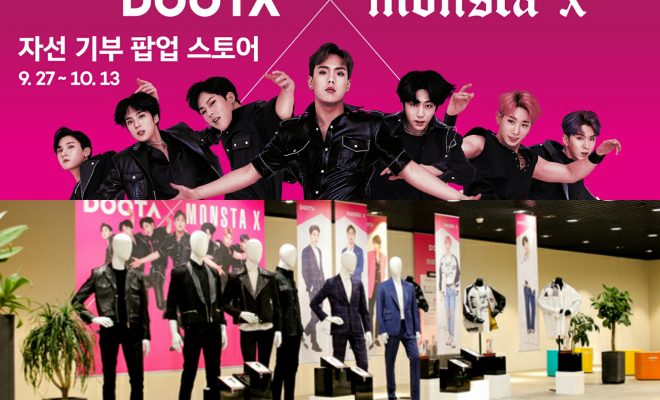 Photos from Doota Mall and Daily An

The outfits MONSTA X used for their advertisements with Doota Mall will be put into such a good and heartwarming use!

Doota Mall has opened a special exhibit and charity pop-up store along with an auction for the outfits that MONSTA X wore during their pictorials as the store’s exclusive advertising models! 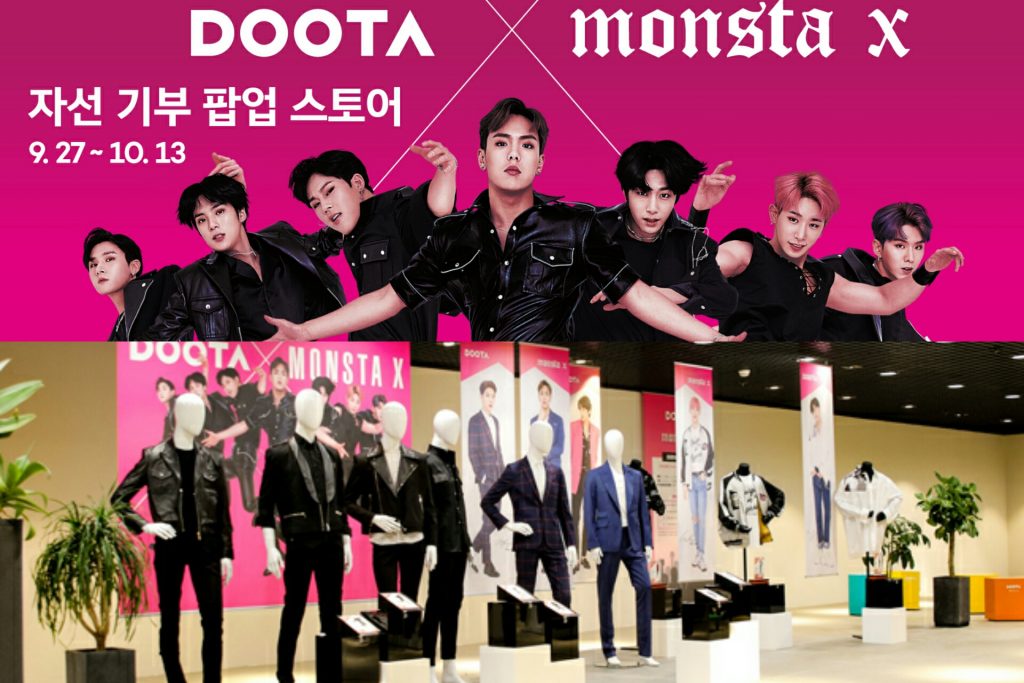 Doota Mall had recently announced the launch of a special charity pop-up store – and it centers on none other than their advertising models, MONSTA X!

A total of sixteen outfits that Shownu, Wonho, Minhyuk, Kihyun, Hyungwon, Joohoney, and I.M personally wore during their commercial shoots for Doota Mall had gone up on display at a pop-up store/exhibit at the mall, which is located in Dongdaemun. Besides being on display for fans to see, the outfits will be put into further good use as it will actually be auctioned off for charity afterwards.

In order to participate in the auction, customers can apply for an entry ticket at the membership desk on the store’s second basement level. With only two coupons allowed per person per day, they can note down their desired bid price for the outfit. After the exhibit closes on October 13, the highest bidding customer will be awarded the outfit.

Moreover, customers who join the auction will be offered two kinds of MONSTA X merchandise – namely, file holders and stickers – along with other consolation prizes like gift certificates. The proceeds made from the auction will then be donated fully under the names of MONSTA X and Doota.

“We appreciate the participation of our advertising models MONSTA X and their fans in these meaningful activities, and we will continue to organize various events to help establish a culture of donation,” an official from Doota Mall stated.

Each year, Doota holds charity auctions for the outfits worn by their advertising models like Song Joong Ki and Jang Geun Suk during their CF shoots as well. They had also consistently donated proceeds from these events to various public foundations like “Fruits of Love” and “Sharing Fools”.

READ: MONSTA X Teams Up With Together Band As Ambassadors For Peace, Justice, And Strong Institutions