‘Descendants of the Sun’ Taebaek Filming Set Flocked by Tourists

Everyone is heading to Taebaek city!

The Taebaek filming set of Descendants of the Sun has been attracting a large number of visitors. The city experienced a massive increase in tourists, following its opening to the public last August 12. 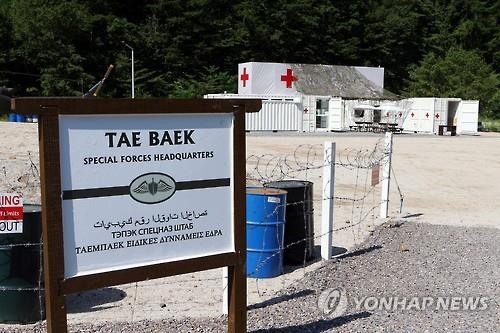 Tourists are flocking this isolated city in Gangwon Province to check out the filming site and relive the scenes of the immensely popular KBS2 TV drama that aired simultaneously in Korea and China from February to April of this year.

The Taebaek site is where most of the scenes of the series were filmed. It features the medical camp (Medicube) of Kang Mo Yeon’s team (Song Hye Kyo) and the Taebaek military base (Urk) of Captain Yoo Si Jin (Song Joong Ki). The filming location has been restored as the drama became a major hit.

One official of the city mentioned that around 1,000 foreign tourists came during April-August. They expect more visitors when the series broadcasts in East Asian countries.