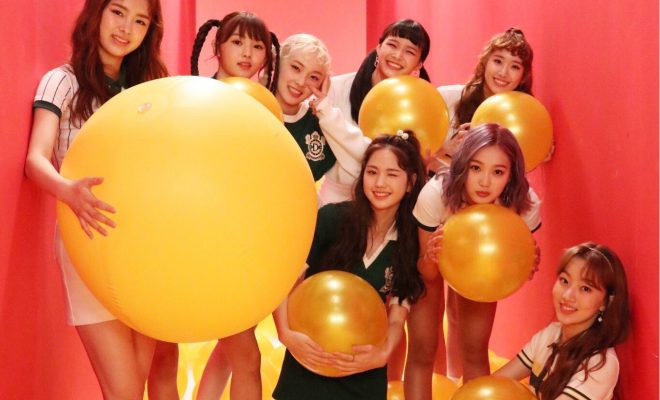 Rookie girl group Dream Note is getting ready for their very first comeback!

Dream Note is ushering in a new era as they gear up for a comeback this March; their first since debut.

The layout of the group’s official site has changed, reflecting a neat, yellow screen with the words “Dream:us” in the middle. The phrase is also accompanied by a date and a time, March 12, 6:00 PM KST, which denote when the group’s upcoming release will be available for online streaming.

Sumin, Eunjo, Habin, Lara, Hanbyeol, Miso, Youi and Boni, who debuted just last year, is poised to go global. Labelled as rookies of the next generation, Dream Note has already attracted a lot of attention with their debut title track, “DreamNote.”

Dream Note has also received attention because of their stand-out vocals. Their follow up single, “Like You,” has garnered a lot of buzz thanks to their musical ability. The group even got to perform this song on various music shows across Korea!

Prior to this comeback, the group released a single album, Dreamlike. The single album ranked 26th on the Gaon Weekly Album Chart upon its release.