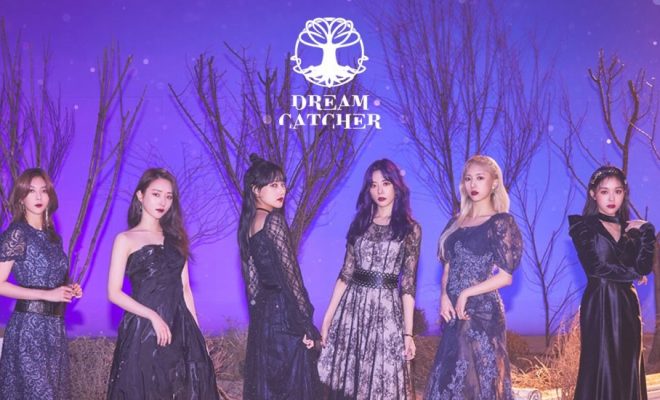 Dreamcatcher gears up for an August comeback!

The girl group with a unique metal rock sound, Dreamcatcher, just delivered an amazing news. A comeback schedule was posted through the Dreamcatcher’s official social accounts. 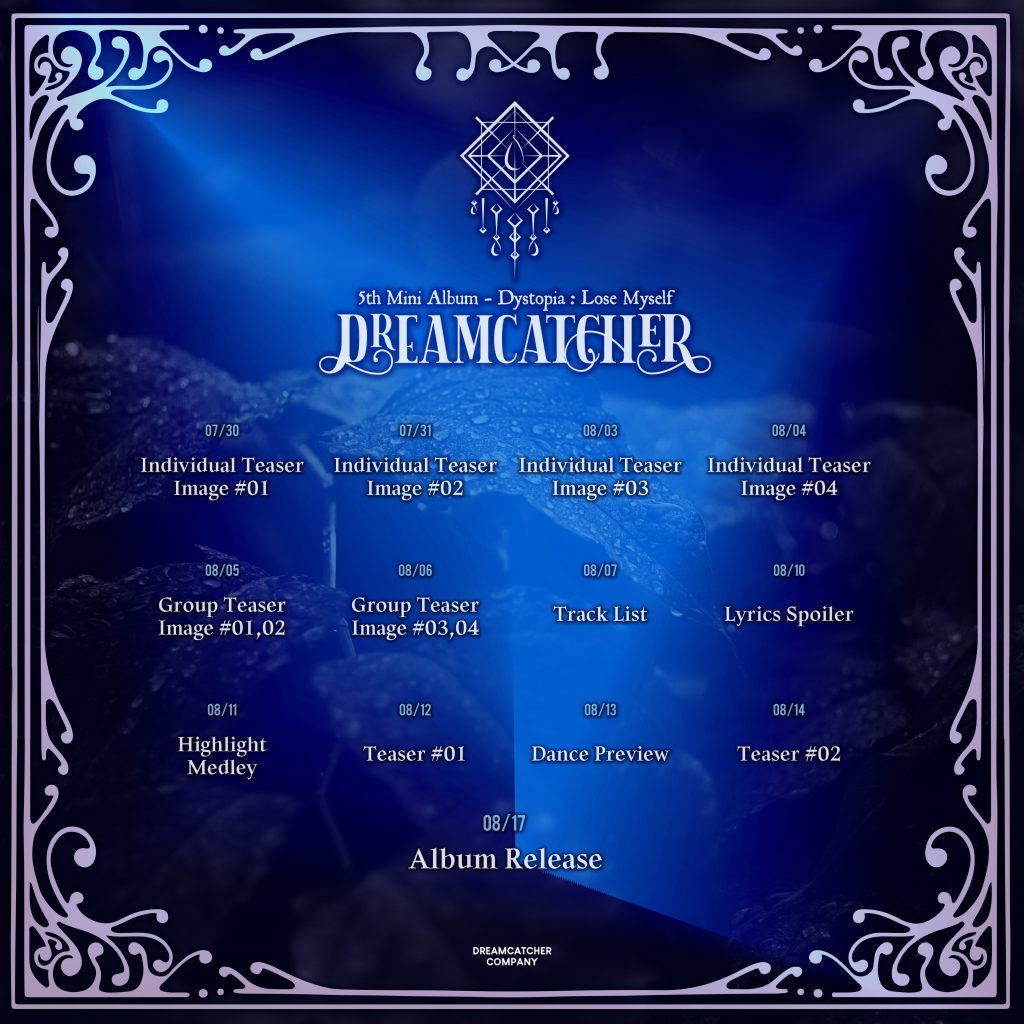 DreamCatcher Company dropped the scheduler in a beautiful blue-shaded image with entrancing frame. In addition, the picture contains the different teasers prepared to be revealed prior to the album. The schedule poster also announces that the girls plan to release their fifth mini-album Dystopia: Lose Myself.

Dreamcatcher begins its comeback countdown with the member’s individual concept images, followed by various group shots. Then, the artists move on to present the track list and lyrics spoiler. Thereafter, fans can get a glimpse of the album through the Highlight Medley, prepared for August 11.

They will finish up with two music video trailers on August 12 and 14, as well as a dance preview on August 13.

Prior to the countdown timeline, the agency also hinted the comeback through a total of four “mystery codes”. The photos showed a meaningful list of numbers, words scattered out of order, and close-up images of the members’ mouths. 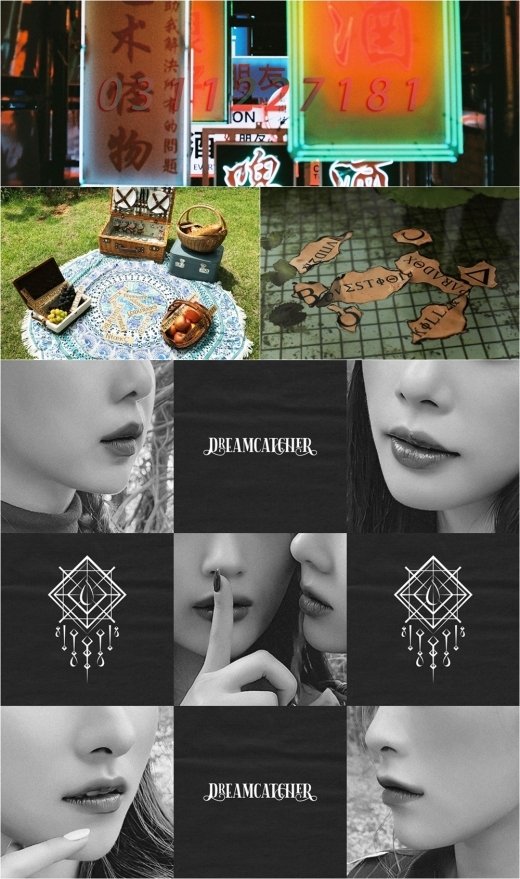 In particular, the group used the “mystery code” system for every comeback, ever since its debut with “Chase Me”. The newly released hints entice fans and raise their expectations about the new album.

DreamCatcher Company asks for InSomnia’s love and attention for the girl group’s comeback and new story. They even share how the purpose of the codes serves as a special present for the fans who patiently wait and cheers for their idols’ return.

The girls released their first full-length album Dystopia: The Tree of Language in February, showing a new worldview. Notably, this new album is part of the “Dystopia” series and continues the group’s previous work.

Meanwhile, Dreamcatcher sets to release the fifth mini-album Dystopia: Lose Myself on August 17 at 6 PM KST.

Hellokpop, as an independent Korean entertainment news website (without influence from any agency or corporation), we need your support! If you have enjoyed our work, consider to support us with a one-time or recurring donation from as low as US$5 to keep our site going! Donate securely below via Stripe, Paypal, Apple Pay or Google Wallet.
FacebookTwitter
SubscribeGoogleWhatsappPinterestDiggRedditStumbleuponVkWeiboPocketTumblrMailMeneameOdnoklassniki
Related ItemsDreamcatcherDystopiaDystopia: Lose Myself드림캐쳐
← Previous Story ONF To Greet Fans Through New Mini-Album + Special Fanmeeting In August
Next Story → “Beyond LIVE” Is Returning In August With Another Enticing Act – Super Junior-K.R.Y