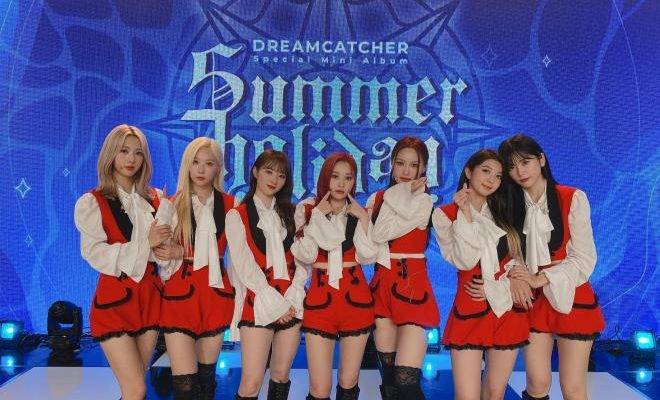 Dreamcatcher Shows A Successful Start To Its Comeback With “Summer Holiday”

Dreamcatcher wraps up a well-supported comeback showcase and rises to the top on Bugs Chart.

Dreamcatcher is already garnering positive responses for its new release Summer Holiday. Ranking on charts in less than a day since it came out, helping the ladies prove their popularity among K-pop fans. 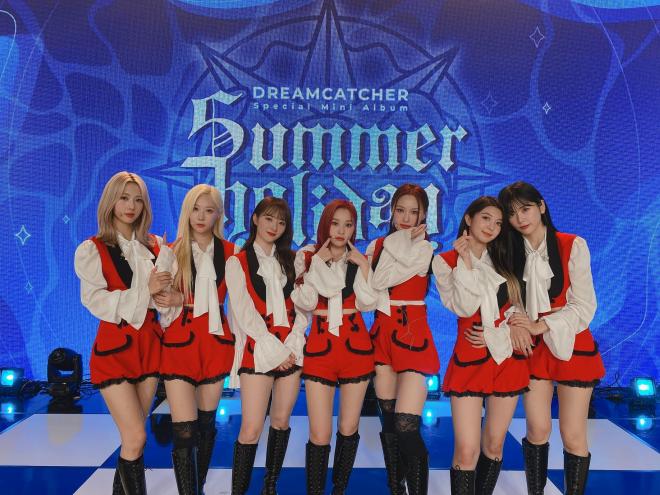 Dreamcatcher released its special summer mini-album on July 30, containing a total of six tracks. That included the title song “BEcause” which has a mysterious feel to it as it tells about the obsession and longing for love. In its music video, the members created a creepy and chilling atmosphere, inputting their unique charm while completing their own cool love story.

To celebrate the new songs, the group held a successful comeback showcase through Naver V Live on the same day. They presented flawless performances of their new songs “Alldaylong”, “A Heart of Sunflower” and “BEcause”, gaining a lot of cheers from viewers.

The artists mesmerized with their perfectly executed movements and even shared their cheering video guide for the new title track during the special event.

In particular, InSomnia from all over the world poured out enthusiastic support for Dreamcatcher through real-time comments. Also, the showcase reached over 10 million hearts, pointing out the group’s global popularity.

In addition, “BEcause” entered Bugs’ real-time chart at number two shortly after its release. Not only that, but the b-sides of the album also made it to the list. As of July 31 8 AM KST, the title song rose to the top of the chart and also quickly entered on Melon’s 24Hits.

You can check out their performance of “BEcause” below!