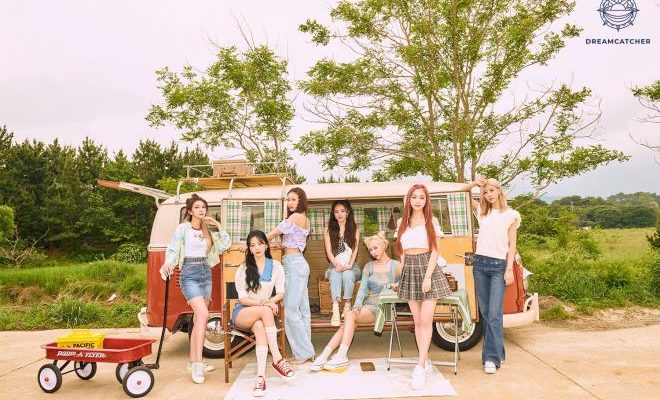 Dreamcatcher shines a light on the songs that will be included in their upcoming album.

After raising the curiosity with their variety of concept images, Dreamcatcher is ready to focus on the contents of the new album. The group dropped the track list for Summer Holiday, revealing six songs in total. 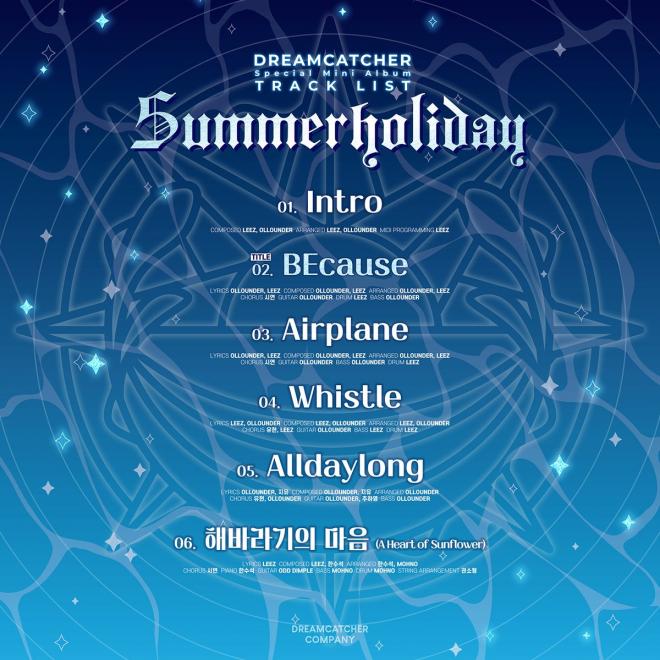 According to the released image, the special album will begin with an “Intro” and include the title track “BEcause”, as well as the b-sides “Airplane”, “Whistle”, “Alldaylong” and “A Heart of Sunflower”.

In particular, LEEZ and Ollounder, who worked on Dreamcatcher’s Nightmare and Dystopia series, will take part as producers in this album, while maintaining the group’s unique musical colors.

Also, member Jiu will showcase her growing musical abilities through participation in the lyrics and composition of “Alldaylong”.

The artists’ special album, that acts as a gift to their fans, is the group’s first release in about six months after the conclusion of the Dystopia series. Anticipation keeps growing about the sound the girls will present through this summer treat.

Previously, the performers shared three concept versions, each different from the other. Specifically, they raised questions after including the contrasting fitting holiday shots, mysterious forest photos and the full-black charisma filled images.

The artists will continue to drop various contents until the day of the album’s release. They will sequentially unveil a lyrics spoiler, music video teaser, album and dance previews.

Meanwhile, Dreamcatcher plans to return with Summer Holiday on July 30 at 6 PM KST. Also, to celebrate its release, the group will hold a comeback showcase through their official Naver V Live. It will broadcast on July 30 at 8 PM KST.