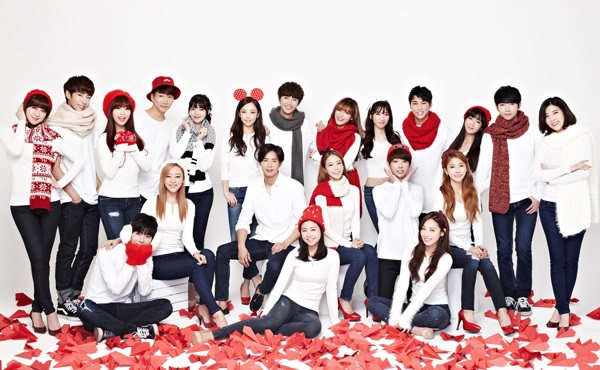 The artists of DSP Media, including Kara, Rainbow, A-Jax, Oh Jong Hyuk  and more are set to drop a special album, White Letter on December 15 for this winter, Mnet America reported.

On December 8, DSP Media revealed a group photo of the upcoming winter album. The artists of the company are all attractive in white tops, blue jeans, red scarves, headbands and beanies with happy smiles.

The album’s jacket photo and track list were also released at noon that day.

The album features remake songs of DSP’s beloved artists; including Fin.K.L and Click-B, as well as Kara’s new song from Kara’s Secret Love. The song White, where all the artists participated in, is a remake of Fin.K.L’s song White, following the trendy electronic sound of 2014.