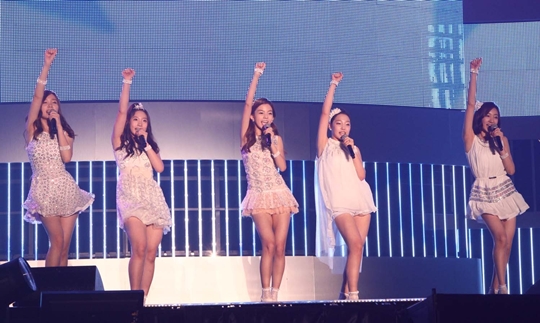 DSP Media’s PURETTY to debut in Japan with “Cheki ☆ Love”

By The Editor | August 13, 2012
FacebookTwitter
SubscribeGoogleWhatsappPinterestDiggRedditStumbleuponVkWeiboPocketTumblrMailMeneameOdnoklassniki

DSP Media is ready to debut its newest girl group, PURETTY. On September 5th, the rookie group will be making its official debut in Japan with title track Cheki ☆ Love.

Although the group has not debuted officially, PURETTY has already performed on stage and TV through the anime Pretty Rhythm: Dear My Future and at the popular A-Nation concert, where they showcased Cheki ☆ Love.

PURETTY is already receiving much attention in both Korea and Japan. Being signed to the same company as KARA, the girls have already been titled “Little Kara”, and it seems their popularity is growing with the number of CF deals they have secured.

Are you excited to see this group debut?