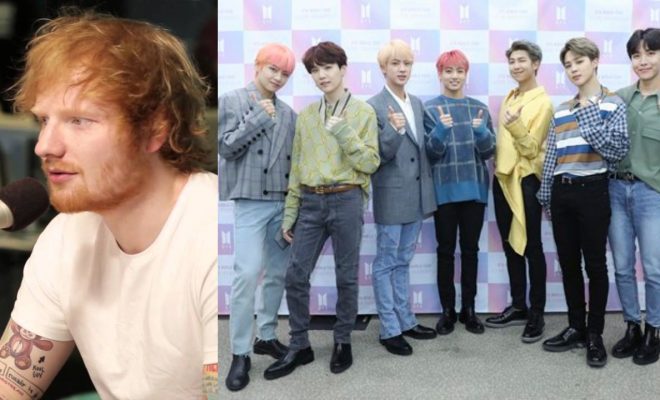 Ed Sheeran Says He Likes BTS And Thinks They Are Great

Are we going to see Ed Sheeran and BTS with a new project?

In a video released by heatworld‘s Twitter account, Ed Sheeran answered some questions from the Internet– including one that inquired about a possible collaboration with BTS:

i want bts x ed sheeran but when will they ever

Ed responded to this question by saying that he had written a song that BTS “might be messing with.” While he also noted he wasn’t sure, he did say he liked BTS a lot and he thinks they’re great.

This isn’t the first time the two parties have interacted with each other: during the release of Love Yourself: Answer, Sheeran congratulated the group’s successful release via Instagram stories. 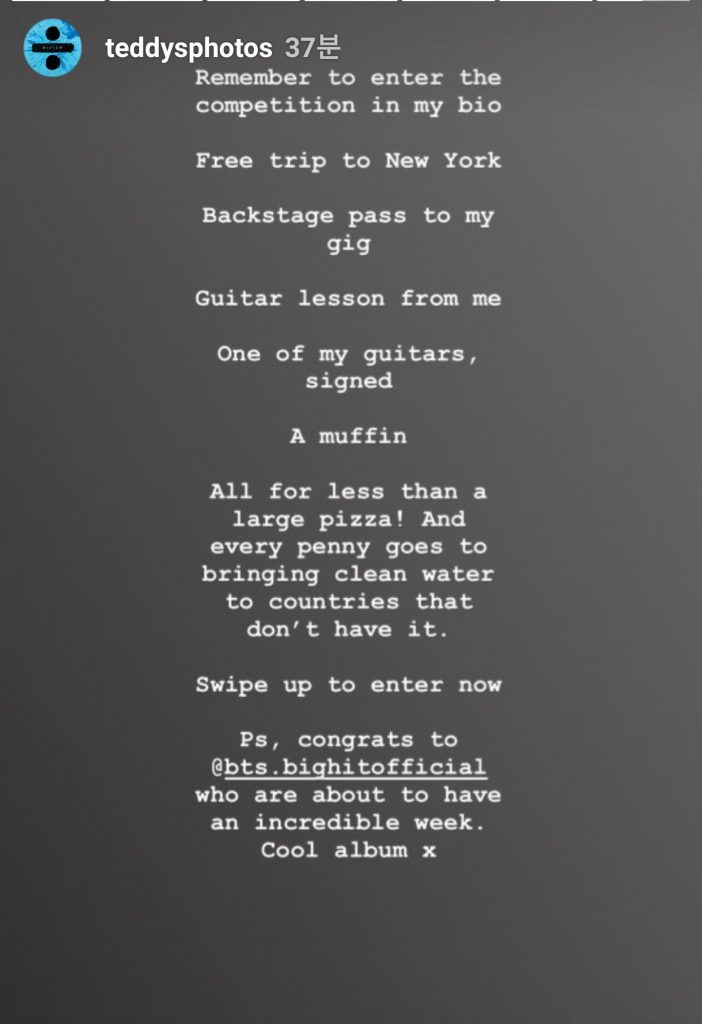 BTS reacted positively, saying that they haven’t been given the chance to communicate with Sheeran yet, and hearing him mention them was really thrilling during a press conference after the album’s release.

The group has not yet confirmed any possible collaboration with Sheeran in the future, but it is worth noting that this will not be their first collaboration with a British artist: Conor Maynard co-wrote “Answer: Love Myself” with RM, SUGA, and J-Hope on the group’s Love Yourself: Answer album.

In related news, BTS is currently taking the lead for Time Magazine’s “Person of the Year” polls, overtaking various influential personalities – which includes even South Korea’s President Moon. Additionally, the members secured another first for a K-Pop boy group as it hits its 100th week on top of Billboard’s Social 50 for the week ending November 17.

BTS is also scheduled to grace the 2018 MAMA in Japan and Hong Kong on December 12 and 14.

See Also: Tickets Sold For BTS’ “Burn The Stage: The Movie” Surpass 100,000 Ahead Of Release

What are your thoughts about a possible collab between BTS and Ed Sheeran? Let us know by leaving a comment below, giving us a holler on Facebook, or tweeting us at @hellokpop!