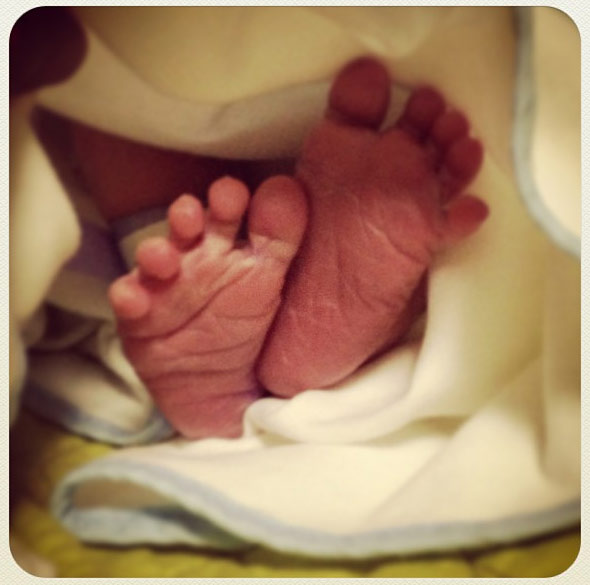 DJ Tukutz and his wife has welcome their first baby son on December 14.

The 31 year old Epik High member uploaded a picture of the baby’s small pair of feet onto Instagram and revealed that the birth happened at 1:17PM on December 14.

DJ Tukutz shocked fans in 2009 when he revealed his marriage with a woman two years his senior and then revealing his enlistment in the army two days after. He returned after the enlistment in August last year.

Epik High recently made a comeback with YG Entertainment after leaving Woolim Entertainment this year. Their seventh studio album 99 was released on October 19.

Hellokpop, as an independent Korean entertainment news website (without influence from any agency or corporation), we need your support! If you have enjoyed our work, consider to support us with a one-time or recurring donation from as low as US$5 to keep our site going! Donate securely below via Stripe, Paypal, Apple Pay or Google Wallet.
FacebookTwitter
SubscribeGoogleWhatsappPinterestDiggRedditStumbleuponVkWeiboPocketTumblrMailMeneameOdnoklassniki
Related ItemsDJ TukutzEpik HighMithraTabloYG Entertainment
← Previous Story Yeon Jun-suk talks about natural-sounding North Korean accent in “Cheer Up Mr. Kim”
Next Story → SHINee dominates Tower Records charts