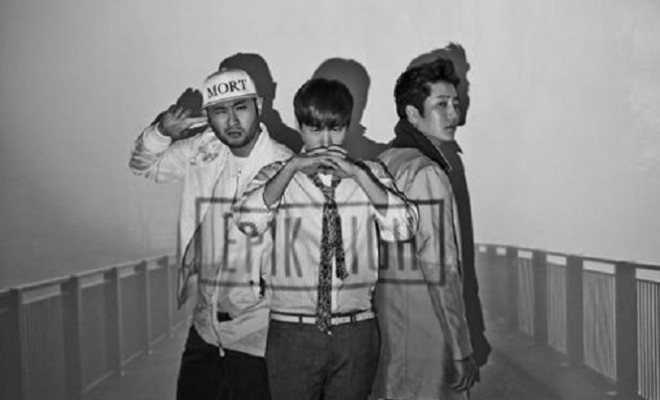 Epik High has recently brought a great news to Japanese fans, as the group will be launching its first best album, titled THE BEST OF EPIK HIGH ~SHOW MUST GO ON~ on April 29 in Japan.

Having been basking in success with its Japanese license album SHOEBOX-Japan Edition, which was released last December, the talented hip-hop group is set to captivate Japanese fans’ heart once again by rolling out its first best album.

The highly-anticipated album is a collection of 18 songs, including Don’t Hate Me, Fly, and Love Love Love, and more. Even for those who are unfamiliar with Epik High will also be able to enjoy all its best songs in the album.

After the album release, the trio will be kicking off their second Japan tour entitled EPIK HIGH JAPAN TOUR 2015 ~Show Must Go On~ in Kanagawa on May 3, then they will move on to eight other cities all over the country, namely Shizuoka, Kyoto, Aichi, Miyagi, Fukuoka, Osaka, and Tokyo, raising much anticipation from the local fans.

In related news, Epik High is scheduled to launch two concerts in Philippines, and Hong Kong on April 18 and 19, respectively.