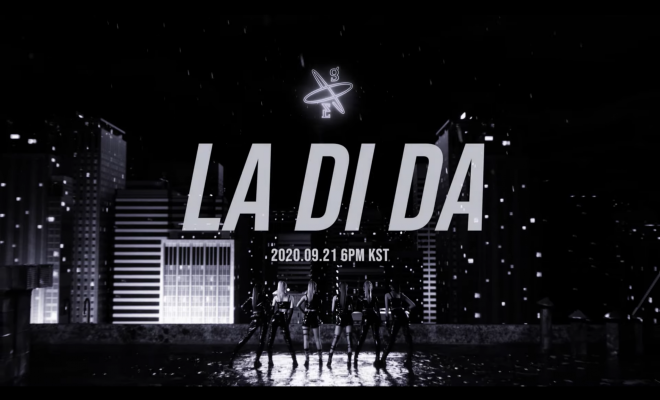 Everglow surprises with a retro-future concept for their first music video teaser! 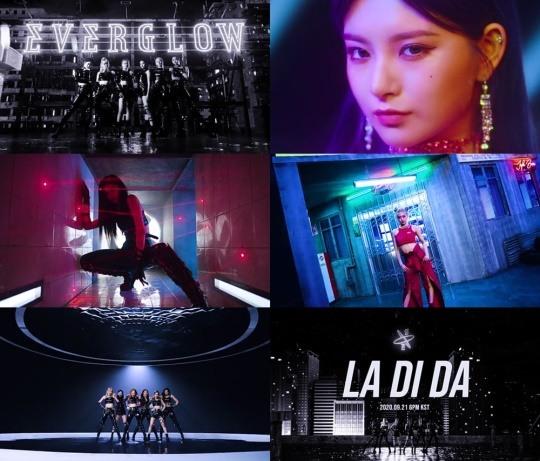 The clip begins within a rainy, dreary world resembling those in superhero films. From the start, the members demand attention with their powerful charisma. The video transitions from black and white to a colored film, with the members’ red and black outfits glistening in a mix of neon and white lighting.

In particular, the “LA DI DA”‘s ’80s inspired melody playing in the background drew fans’ attention. “LA DI DA” is a track that will blend both electro-pop and retro genres. Its lyrics will confront youth who are unhappy in the present. It will fight for the despaired, underprivileged younger generation. The lyrics and retro sound of the song contrast with the music video’s more futuristic, cyber-punk concept.

Moreover, the mix between old and new creates a fresh, dynamic atmosphere in the video. The teaser has many fans waiting in eager anticipation for their newest release.

Since their debut last year, Everglow continues to prove themselves as a global sensation. Not only did the group top the iTunes K-POP chart, their music videos for “ADIOS” and “DUN DUN” both exceeded more than 100 million views. Many expect that this comeback will further show their unique sound as well as show their tremendous support from fans all around the world.