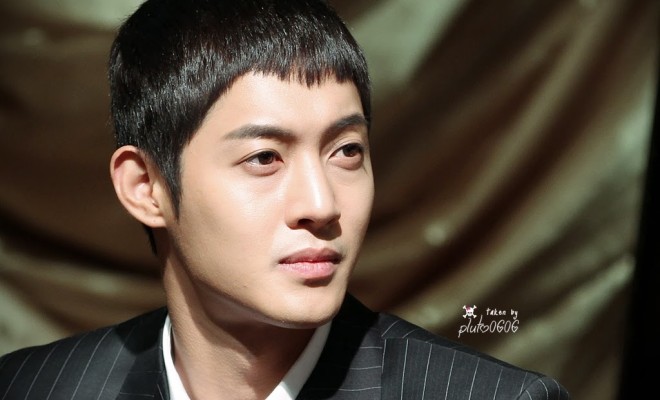 Korean media Dispatch has released a special report showing a series of text messages, which showed Kim Hyun Joong acknowledging he had physically assaulted his girlfriend.

In the report, Dispatch believed the statement released by Key East Entertainment did not match with the evidence they had.

They noted that plaintiff A or Kim Hyun Joong’s girlfriend said in her police report that she fractured her ribs after Kim Hyun Joong physically assaulted her, while the actor said that she broke her ribs while the two were ‘playing’. 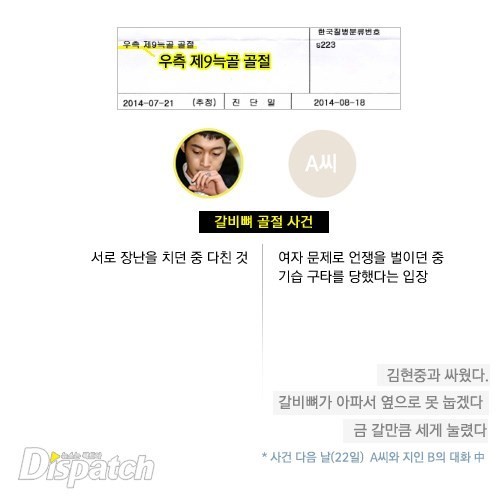 Conversation between Kim Hyun Joong’s girlfriend ‘Plaintiff A’ and her friend. Picture: Dispatch

A text conversation between A and her friend showed her telling a friend that she had fought with Kim Hyun Joong and broke her ribs.

“I fought with Kim Hyun Joong. I can’t lay down sideways because of my ribs hurt. He pressed hard enough to almost break it.”

Dispatch were also able to verify that the two had dated for two years, just as A had claimed. This proved that Key East Entertainment’s statement was incorrect. The agency claimed that the pair had known each other for two years but had only started dating in recent months. 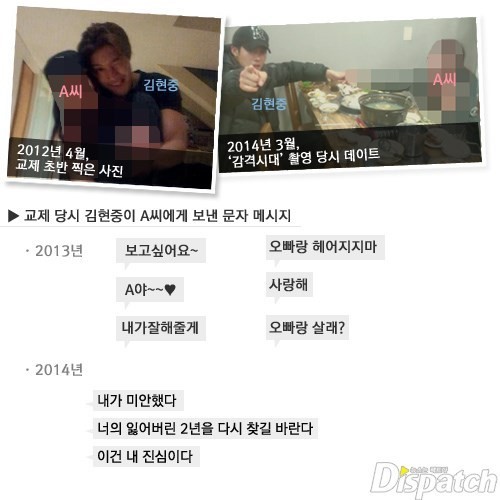 Left: Photo showing the couple in April 2012. Right: A and Kim Hyun Joong together in March 2014. Picture: Dispatch

Dispatch released photos of the couple in April 2012, at the beginning of their relationship and a photo from March 2014, where it is taken during a recent filming of Kim Hyun Joong’s drama Inspiring Generation.

A text conversation between the two dated in 2013 and 2014 showed Kim Hyun Joong texting:

– Don’t break up with me

– Do you want to live with me?

– I am sorry for what happened

– I hope you find the two years you lost with me

– That’s how I really feel

The most shocking revelation comes from a conversation in May 2014, which showed A telling Kim that her body was ‘full of bruises’. Kim Hyun Joong said he was sorry for the ‘pain and bruises’. 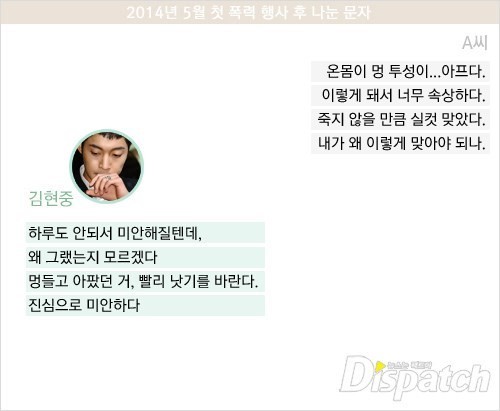 Text conversation between Kim Hyun Joong and his girlfriend shows the actor acknowledging the pain and bruises suffered by A. Picture: Dispatch

My body is full of bruises… it hurts. I am deeply sadden that this happened. I was beat up jsut enough not to die.

For something that I would regret doing, I don’t even know why I did it. For all the pains and bruises, please feel better soon. I am really sorry.

Many netizens have been shocked by the report released by Dispatch. One commenter said: “The fact that he hit a woman is already unforgivable~~ How could he hit a woman…”

Key East Entertainment has yet responded to the article.

What do you think? Join the discussion here.