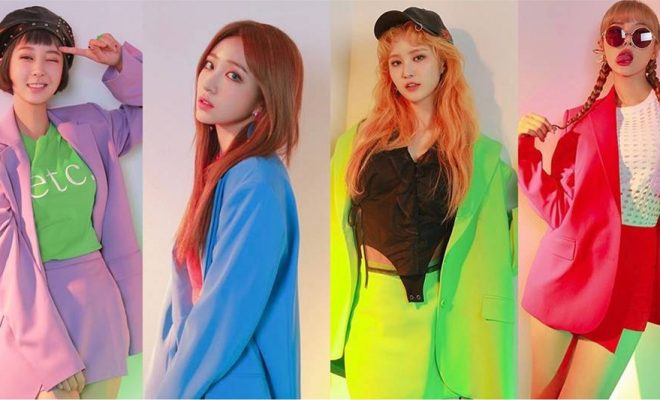 EXID is proving itself for the third time.

On April 20, Korean girl group EXID is reported to take the 4th position on Billboard’s World Albums chart with its third EP Eclipse for the week of April 29. 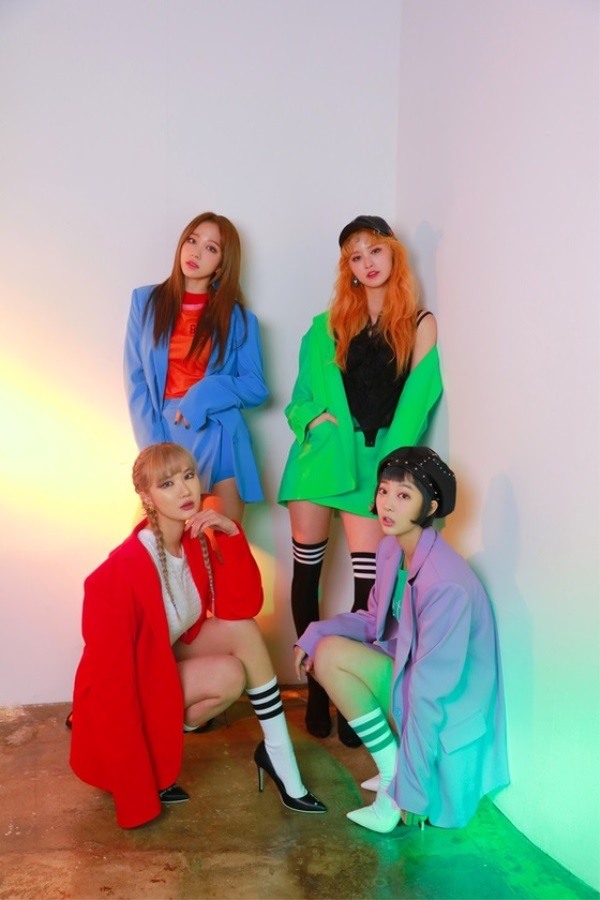 This is the group’s first entry into the top 5 of this chart. Besides, the quartet’s latest product is also the best-selling album in the US for the 4th week of April. 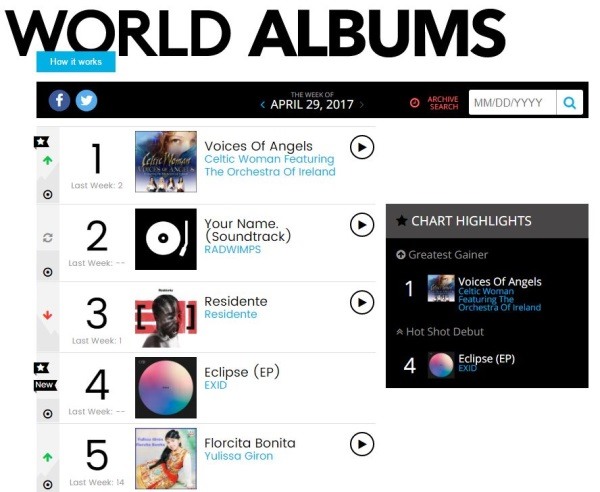 The album was unveiled on April 10 with the lead track dubbed Night Rather than Day. Right after its release, the song snatched the top spot on China’s Yin Yue Tai charts and reigned iTunes K-pop Songs charts in the US, Malaysia, and Vietnam.

It was subsequently named on Apple Music’s “Best of the Week”.

This is not the first time EXID appeared on Billboard’s World Albums.

In 2012, its song named Every Night ranked #11 on Billboard Korea chart.

FacebookTwitter
SubscribeGoogleWhatsappPinterestDiggRedditStumbleuponVkWeiboPocketTumblrMailMeneameOdnoklassniki
Related Itemsah yeahEclipseEvery NightEXIDNight Rather Than DayStreet
← Previous Story TVXQ’s Yunho On His Military Service: “It Was An Opportunity To Mature”
Next Story → BTS Beats Ariana Grande, Britney Spears And Others In Music At 9th Annual Shorty Awards