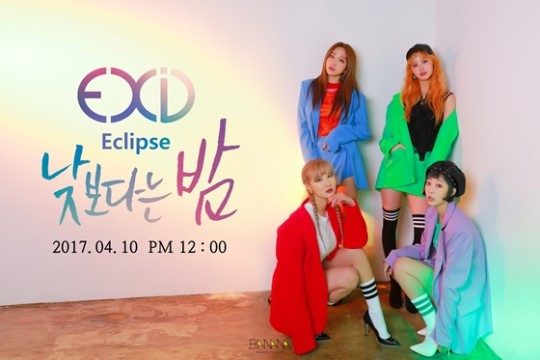 EXID Drops First Teaser Image For ‘Night Rather Than Day’

On March 31, EXID unveiled the first teaser image for its coming new track titled Night Rather Than Day.

The song is a part of the band’s upcoming new album dubbed Eclipse, which is scheduled to be released on April 10.

In the picture, Hani, LE, Jung Hwa, and Hye Rin are seen dressed in colorful and stylish jackets. They captivate viewers with their upbeat styles with cool expressions.

In related news, due to health problem, member Solji will not take part in the promotional activities for the new album.