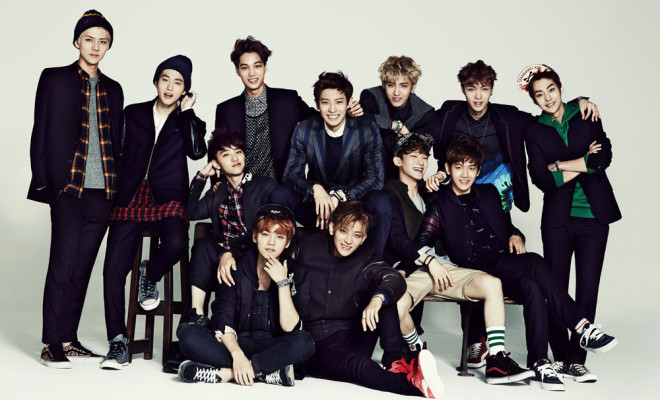 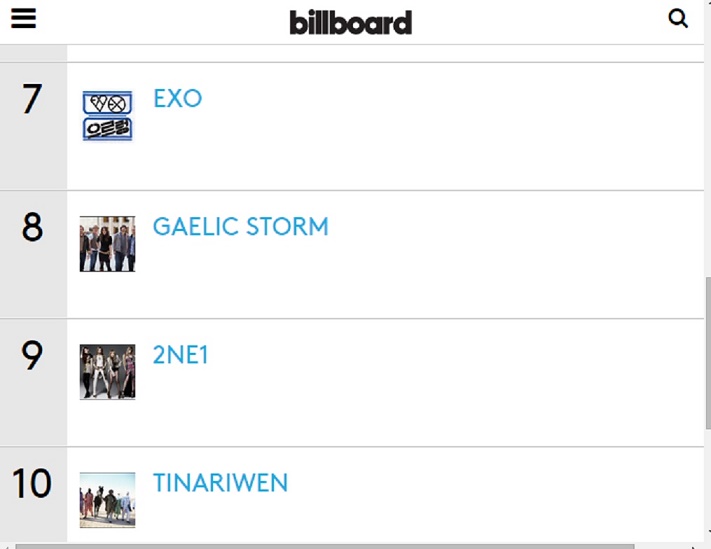 According to the U.S. music news service, Billboard.com, on December 11, EXO ranked seventh on Billboard’s 2014 year-end World Album Artists chart, the best ranking for a K-pop artist on the chart ever.

In May of this year, the meta-group released its second mini-album Overdose in both  Korean and Chinese. The first one reached No. 129 on the Billboard 200.

Meanwhile, after debuting at No. 61 on the Billboard 200 with its new album Crush, 2NE1 immediately recorded K-pop’s second-best ranking: placing at No.9 on the Billboard‘s 2014 year-end World Album Artists chart, and earned the biggest sales week for K-pop albums.

Also, rapper Psy had his name on various Billboard year-end charts for the third consecutive year, for his 2012 mega-hit song Gangnam Style, according to the charts available on Billboard’s website.