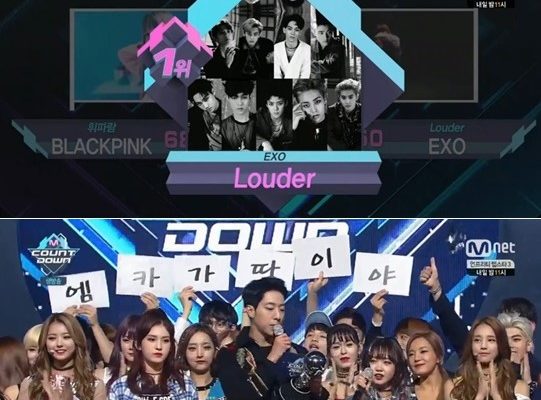 It was a tough battle for the #1 spot! 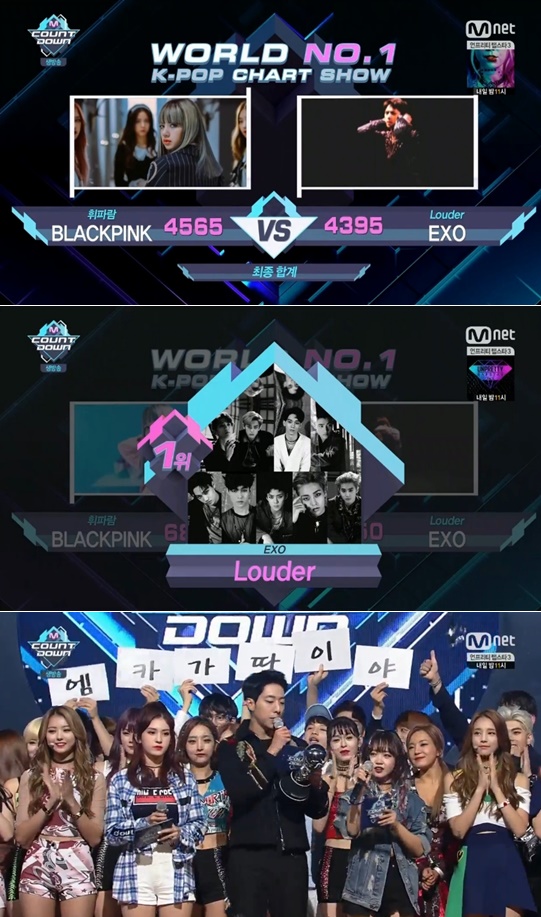 Despite both groups’ powerful performances, BLACKPINK’s Whistle just gained 6,848 points, while EXO’s Louder reached no.1 with 8,150 points. The result proved the popularity and influence of SM Entertainment’s boy group.

In fact, this is not the first time EXO and BLACKPINK faced off in the battle for M COUNTDOWN’s top spot. Earlier on, on August 25, the boy band beat the rookie girl group to rank #1 on the music TV show as well.

Meanwhile, the program also marked the comeback of many other Korean artists and groups. Han Dong Geun immersed the audiences in Making a New Ending for this Story’s sweet melodies. NU′EST captured all eyes with its new track titled Love Paint.

Watch other performances in the clips below: