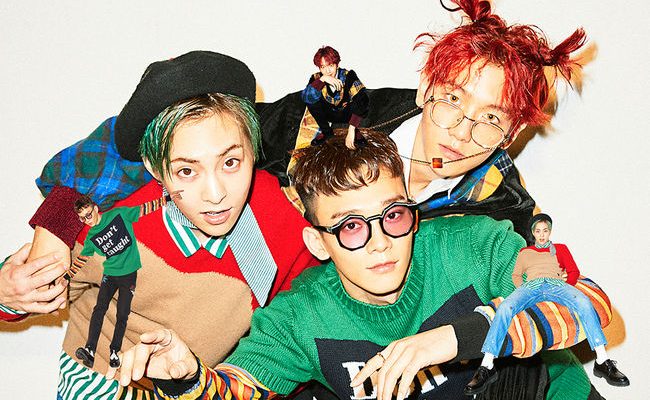 EXO-CBX, made up by Chen, Baekhyun and Xiumin, dropped its first mini album Hey Mama! on October 31. The album took the first spot on Gaon’s Album Chart for the first week of October 30 to November 5.

Upon the release, the song also quickly snatched the first position on music and album charts. The album is not only doing well in South Korea but internationally as well. It has successfully climbed up to the first place on Billboard’s World Albums Chart.

Congratulations to EXO-CBX for such amazing achievements!

Hellokpop, as an independent Korean entertainment news website (without influence from any agency or corporation), we need your support! If you have enjoyed our work, consider to support us with a one-time or recurring donation from as low as US$5 to keep our site going! Donate securely below via Stripe, Paypal, Apple Pay or Google Wallet.
22
SHARES
FacebookTwitter
SubscribeGoogleWhatsappPinterestDiggRedditStumbleuponVkWeiboPocketTumblrMailMeneameOdnoklassniki
Related ItemsBaekhyunChenEXOEXO-CBXHey Mama!Xiumin
← Previous Story It Was Actually A Happy Ending For ‘Moon Lovers: Scarlet Heart Ryeo’?
Next Story → SHINee Drops Dreamy Teaser Images For Repackaged Album ‘1 and 1’