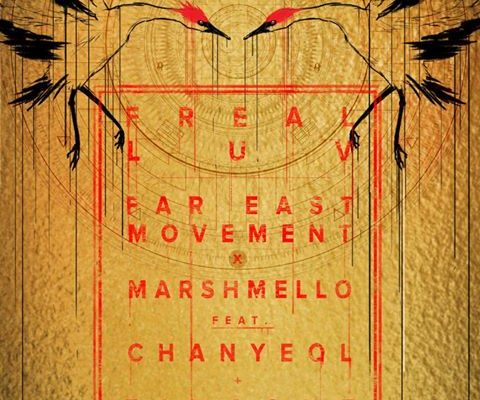 Another exciting international collaboration that will take K-Pop to greater heights.

American EDM/hip-hop group Far East Movement, alongside with R&B singer Tinashe, rising EDM DJ/Producer Marshmello and EXO‘s rapper Chanyeol have joined forces to come up with a song that is “all sorts of nasty-good”, as described by Far East Movement on its official Facebook page. It is titled as Freal Luv, which will be out on October 14.

On October 6, Far East Movement announced the good news on its Facebook page, and revealed the cover art for the album Identity, which will be released on October 21.

Far East Movement first shot to worldwide fame, with its song Like a G6 which held the top spot on the Billboard chart back in 2010.

Tinashe had collaborated previously with rapper A$AP Rocky, R&B singer Chris Brown to name a few. On the other hand, Marshmello is known in the electronic and dance music circuit, and had released remixes of Justin Bieber‘s Where Are U Now, and Calvin Harris‘ Outside featuring Ellie Goulding among others.

The single will be promoted on one of Korea’s variety show ‘The People of Hip-Hop’, which Far East Movement is also the special producer for the show.