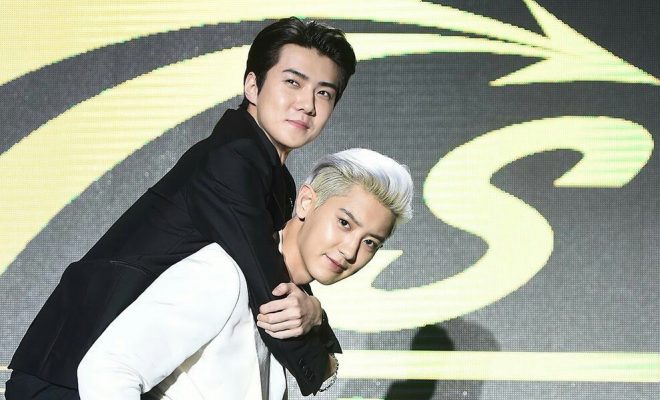 EXO’s Chanyeol And Sehun Reveal How Much They Miss Xiumin And D.O

EXO-Ls aren’t the only ones who miss Xiumin and D.O a lot – because EXO’s Chanyeol and Sehun do too!

EXO’s Chanyeol and Sehun expressed how much they missed their groupmates Xiumin and D.O who have both begun their military service. 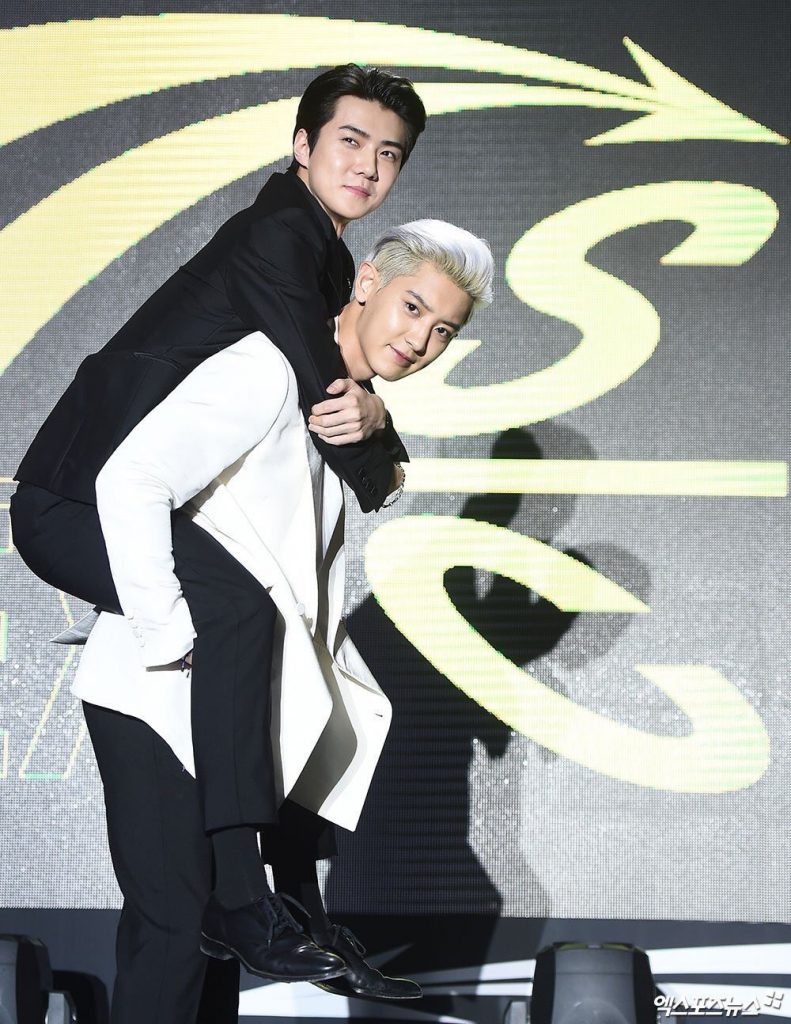 During their press showcase for their sub-unit debut with “What A Life”, the two EXO members spoke about what had changed since vocalists Xiumin and D.O went to begin their mandatory military service.

“We try to fill the void for our two members who are in the military in recent concerts and events like this. We have a desire to show everyone as much or more as there were all six of us,” Chanyeol said.

“I especially miss D.O because his position has always been by my side whenever we perform or attend events like this,” the singer-rapper also noted.

READ: EXO-SC Centers On Being Young And Free In “What A Life” Unit Debut Music Video

“Xiumin often sends texts to us, and that gives us a lot of comfort,” Chanyeol shared. Just recently, the rapper posted a screenshot of his groupmate’s message after one of their shows for EXO PLANET #5 – EXplOration in Seoul through his Instagram stories.

“Did members finish today’s concert well? No one got hurt, right? How’s Baekhyun’s leg?” Xiumin asked Chanyeol with so much concern as conveyed in the screenshot, which the rapper captioned with a sweet “I love you”.

“D.O, however, is still in the training center so he can’t use his cell phone. I miss him so much,” Chanyeol said during the showcase.

“I felt empty and sad for the absence of our two members. But it only pushed us to want to work harder, for the two members’ sake,” Sehun also chimed in.

FacebookTwitter
SubscribeGoogleWhatsappPinterestDiggRedditStumbleuponVkWeiboPocketTumblrMailMeneameOdnoklassniki
Related ItemsChanyeolD.OEXOSehunXiumin
← Previous Story Taeyeon Becomes A Member Of The Red Cross Honors Club After Generous Donation
Next Story → Lai Kuan Lin Issues “One Last Warning” Regarding Attacks On His Loved Ones Through Instagram