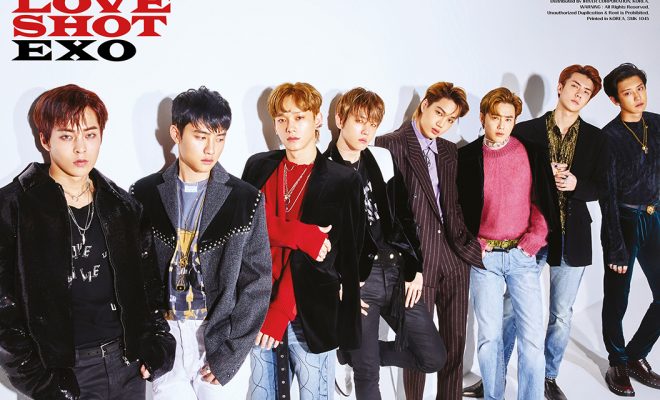 EXO took over Gaon Music Chart in the final months of 2018!

EXO continued its domination on Gaon’s monthly album chart as its fifth repackaged album Love Shot took the top spot for the month of December.

The album, which saw the light on December 13, topped the monthly chart with almost 500,000 units sold. Additionally, it also came on the number one spot of the December album charts of music sites such as Hanteo, Hot Tracks, and Synnara Records. 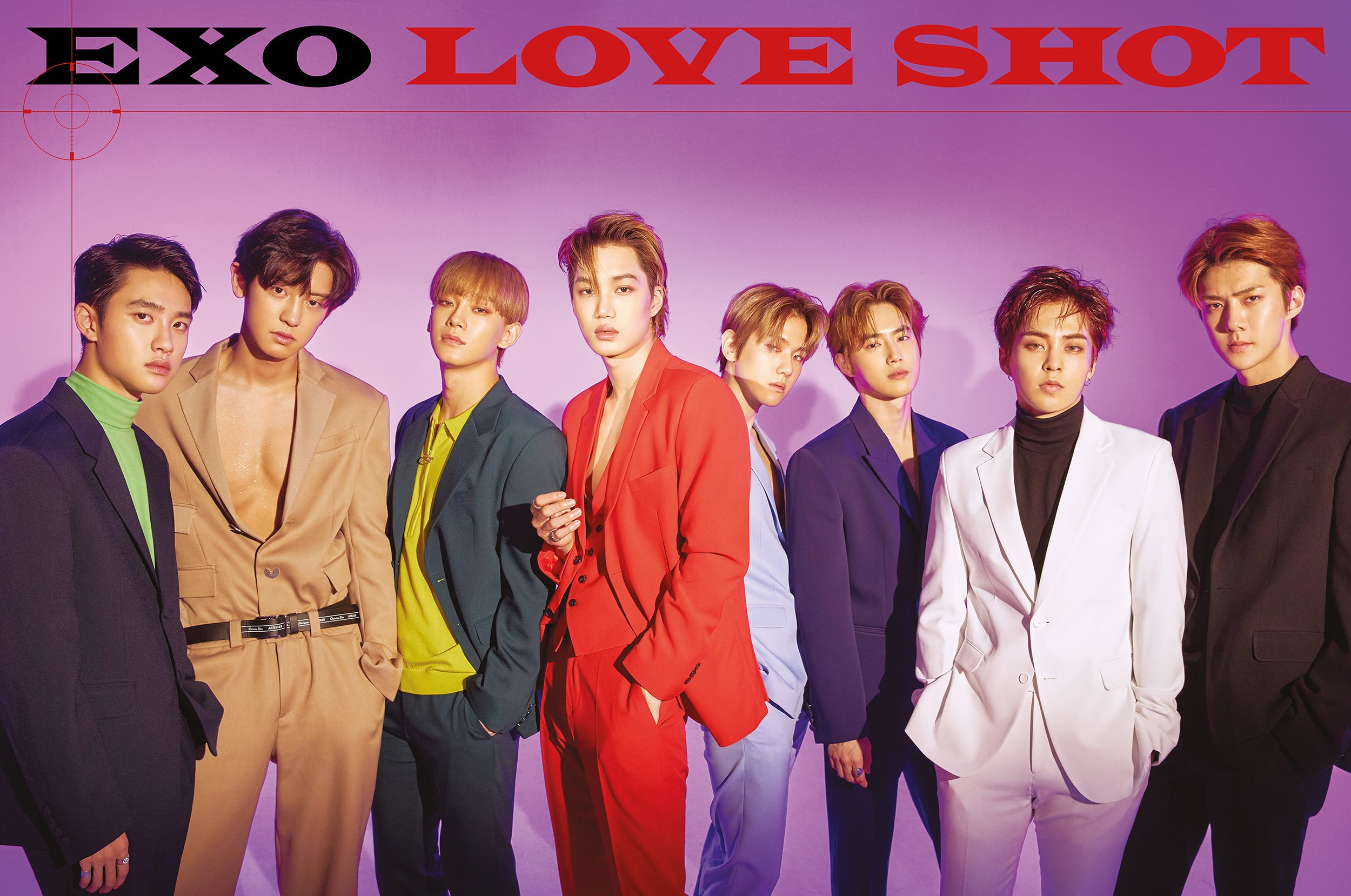 In November, EXO also came to the top of Gaon Monthly Album Chart with its fifth full album Don’t Mess Up My Tempo. The record, which dropped on November 2, secured the second spot for the month of December with over 256,000 units sold that month.

With the December sales, Don’t Mess Up My Tempo recorded more than 1,452,000 in album sales for 2018. The album also gave EXO its fifth million-certification from Gaon Music Chart after XOXO, Exodus, Ex’Act, and The War. 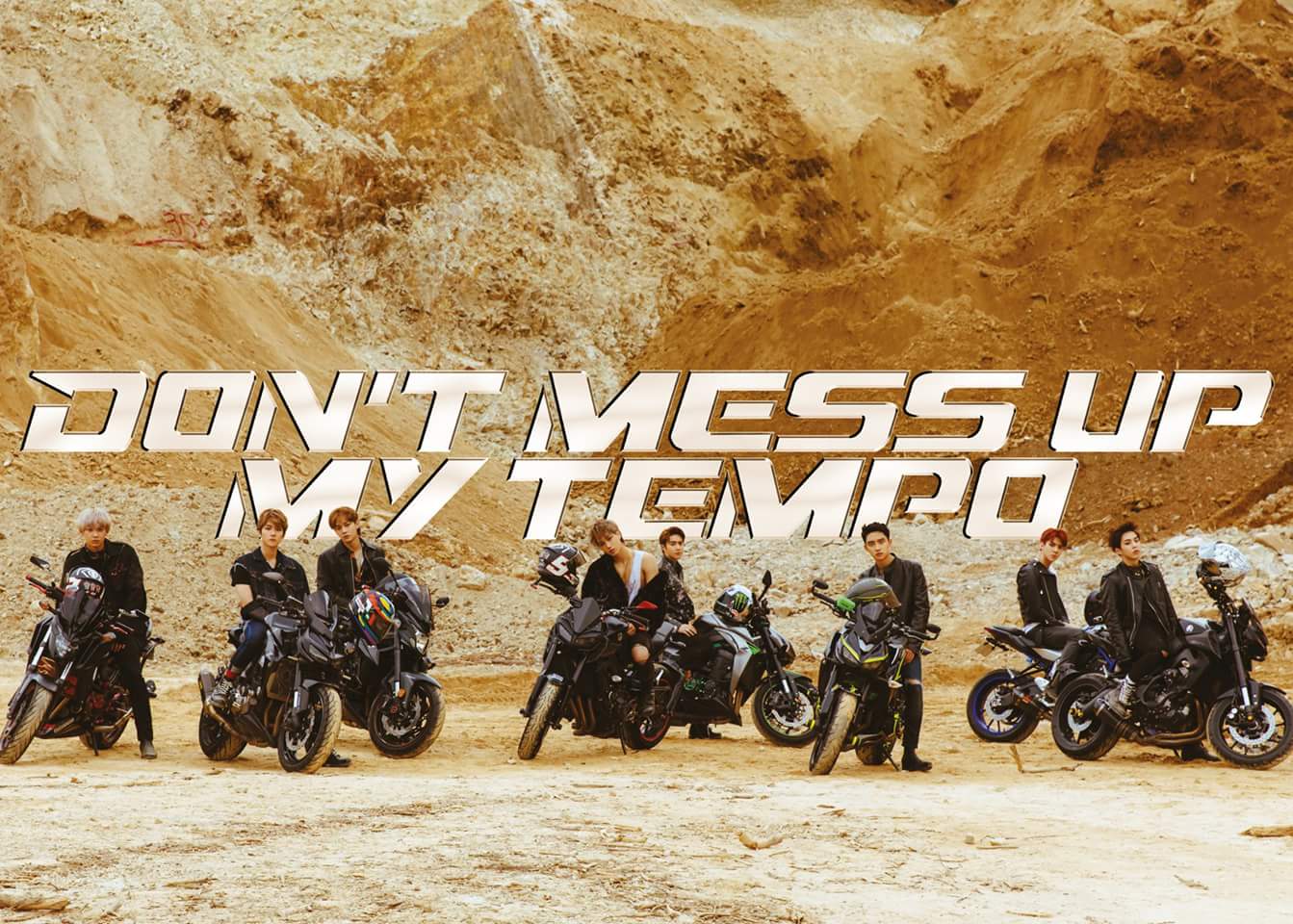 Moreover, despite only being released two months before the end of 2018, Don’t Mess Up My Tempo ranked third on Gaon Music Chart’s 2018 list of best selling albums. Love Shot took the seventh spot on the list.

Meanwhile, the title track “Love Shot” came third on the monthly download chart of Gaon Music Chart for December, which was previously headed by “Tempo” in November.

Other artists who made the top ten of the monthly album chart include (in order): 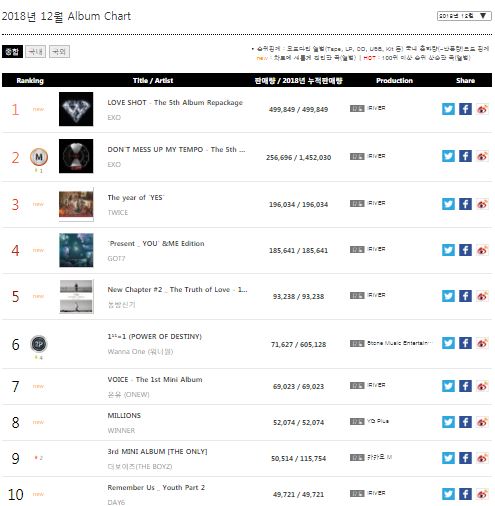 After the successful comebacks with Don’t Mess Up My Tempo and Love Shot, EXO will be treating EXO-L to a photo book and live album of its encore concerts in Seoul titled EXO PLANET #4 – The EℓyXiOn [dot] held in July 2018.

The photo book and live album will contain various scenes from the event as well as backstage moments and commentary on the concert. It will arrive on January 30 with its pre-order beginning on January 11.