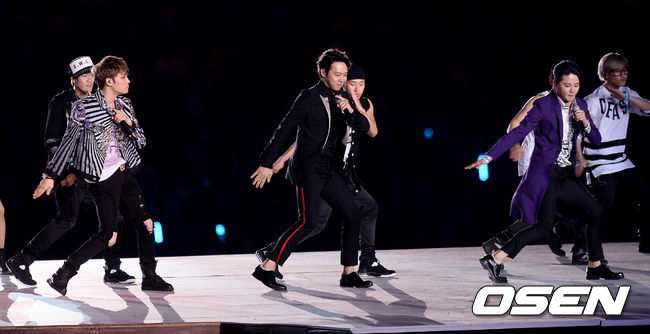 EXO, JYJ and Psy Perform at the Asian Games in Incheon

On September 19 at 6PM, the 2014 Asian Games opened at the Incheon Asiad Main Stadium and it is no surprise that K-pop stars performed and graced the event.

Trio JYJ, being the Asian Games ambassadors, kicked off the opening ceremony with the theme song of the event, titled Only One. On the other hand, EXO performed their hit tracks, while PSY did the finale with his world renowned songs Gangnam Style and Gentleman.

It is reported that other K-pop acts, such as SISTAR and Big Bang, will be performing at the closing ceremony on October 4 in the same stadium.