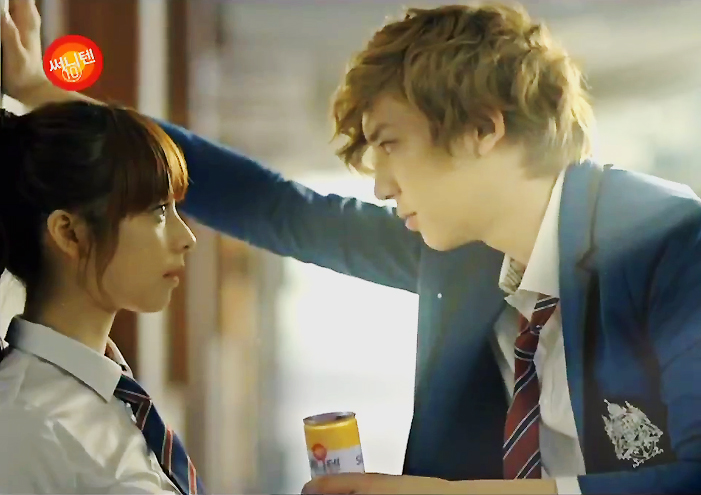 EXO-K and Juniel are back in school for ‘Sunny10’!

Months after Mnet Wide News aired exclusive behind-the-scenes footage and previews of EXO-K and Juniel’s SUNNY10 CF, the official version of their school-themed endorsement has finally been released!

In the 22-second clip, it shows Juniel outside a classroom with the boys of  EXO-K strolling down the corridor in the background. Juniel, after gulping down a can of Sunny 10, attempts to crush the emptied can with her foot. Her actions are seen by Chanyeol, who then attempts to stop her by launching into a hilarious run that includes him sliding underneath a table. Chanyeol, after stopping Juniel, tells her that ‘a can that is crumpled once, does not become flat again.’  The CF ends with Juniel dreamily holding the salvaged can of Sunny 10 and the EXO-K members downing the beverage.

Fans of both EXO-K and Juniel complimented the humorous nature of the CF. Chanyeol’s antics and Juniel’s cute expressions have also won over the hearts of many who have watched it.

More versions of the CF will be released soon, so watch this space!

Check out the CF below as well as Mnet Wide’s behind the scenes footage of the CF’s filming!