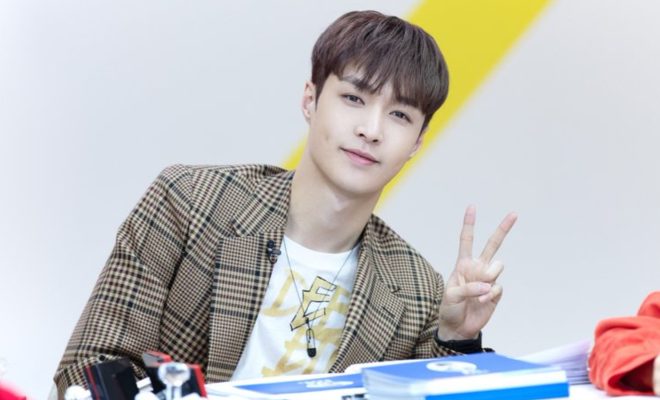 Hear it straight from Lay Zhang!

Despite his busy schedule, EXO’s Lay found time to talk to his fans and answer their questions through his Twitter account, @layzhang, on February 7. Fans sent their questions to the singer-songwriter using the hashtag #AskLay.

Through the question-and-answer, Lay shared his thoughts on attending the 61st Grammy Awards which will take place on February 10 at the Staples Center in Los Angeles. According to him, he is not “very nervous”. Instead, he is excited for the new experience.

The EXO member will walk the red carpet and attend the ceremony as FM Donggan 101’s ambassador and the sole official Chinese organization invitee.

Read: EXO’s Lay Heads To The 61st Grammy Awards And His Fans Are Beyond Proud

Not very nervous. I am excited for this new experience!

Regarding his “fourth child”, the singer-songwriter chose not to disclose any information about his upcoming album. “It’s a surprise,” he wrote. Last year, he gifted fans with a jam-packed album NAMANANA which marked his US debut release. The album contained a total of 22 tracks — 11 tracks in Chinese and their English counterparts.

On the other hand, when asked about the type of choreography he enjoys most, he replied, “I really like performing on stage. I like to do hip-hop dances.”

Earlier this year, Lay collaborated with Steve Aoki and A$AP Ferg for a dazzling stage during a promotional event for a smartphone brand. The EXO member impressed Aoki who commented that he got the potential to make a name for himself in the United States.

It is a surprise!

He also talked about his visit to Changsha, his hometown. He said that the first thing he did once he got home was to see his grandparents.

See my grandma and grandpa!

Known as a hard worker, Lay shared his strongest motivation to get his body moving every day. According to him, he tells himself that time is short and not to be lazy.

And because being lazy is not in his vocabulary, the singer-songwriter also talked about his goals for 2019 which include polishing his English more and producing better music.

Fortunately for fans of the EXO member who have been begging him to at least take some time off and simply rest, visiting Hawaii and trying different foods are on his bucket list. He also plans to sleep more and drink more water for his 2019 health regimen.

I just tell myself time is short and don't be lazy!

I want to learn to produce better music!

I want to be able to go to different kinds of restaurants. Try different foods more! I want to visit Hawaii!