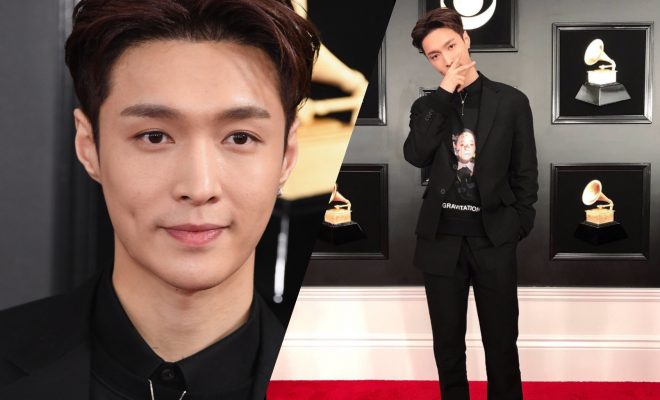 It was indeed a proud moment for fans of Lay Zhang to see him get a step closer to his Grammys stage dream!

Dashing in Valentino and shining in Chaumet jewelry, EXO’s Lay Zhang impressed with his debut at the red carpet of the 61st Grammy Awards held on February 10 ET at the Staples Center in Los Angeles.

Fans, who were as excited as Lay, commemorated the momentous event on Twitter with cheers and messages of support.

They expressed how proud they were of him for representing Chinese artists in the prestigious award show, bringing C-Pop to the consciousness of the world, and sharing his love for music with the rest of the world.

They also noted the look of happiness on Lay’s face as he walked the red carpet, posed for photos, and graciously accepted interviews from major US media like Billboard.

I have never seen such a very down-to-earth person. Yixing, we are so proud of you. We know your hardwork, talent & character will fly you closer to your dreams
PS: you are the most handsome guy at #GRAMMYS tonight?#LayZhangGRAMMYs @layzhang @weareoneEXO pic.twitter.com/2swWb9Le0W

“we can speak different language but in this stage we can use music to communicate.” —@layzhang

y'all have no idea how pure & passionate this man is. we love you so much, we are so proud of you!#LayZhangGRAMMYs #GRAMMYs

He deserves everything! I hope he gets to fulfill his dream next year!
So proud of you @layzhang!#LayZhangGRAMMYs pic.twitter.com/4FdJMy4voh

That's Our King of China right there ?

On Grammys, Dream Stage, And Collaborations

In an interview with Billboard, Lay Zhang relayed his excitement to be at the Grammys and his hope to perform on its stage in the future. According to him, despite speaking different languages, people can communicate with each other through music.

The EXO member also talked about his desire to collaborate with more artists, including Khalid.

Earlier this year, he collaborated with Steve Aoki and A$AP Ferg on stage during a promotional event for a smartphone which Lay endorses. He called the collaboration a “dream”.

Read: Steve Aoki Says EXO’s Lay Got The Potential To Make It Big In The US

Meanwhile, the singer-songwriter will continue his unstoppable run towards his dream as he is set for a busy 2019.

Lay Zhang is currently the host and Nation’s Producer of the survival reality show Idol Producer 2. He has also laid out his plan to release another album this year.