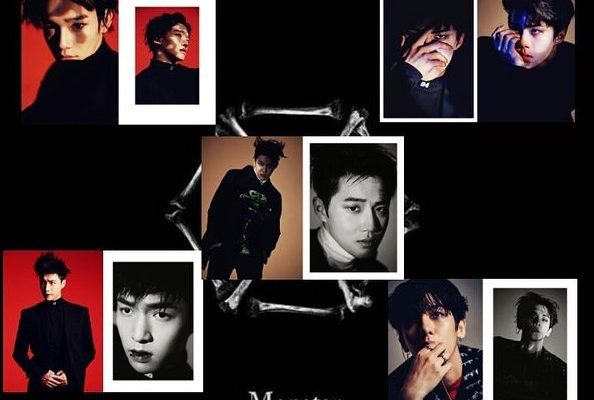 The boys are going dark in ‘Monster’.

With a strong and dynamic rhythm, Monster expresses an obsessive love that can’t be given up. Upon the teaser’s reveal on June 6, the clip hit over 1 million views within hours of its release.

Meanwhile, the teaser for EXO’s first title track, Lucky One was also unveiled two days before. It is s a funky R&B dance song about a man who is seeking his destined love.

Hellokpop, as an independent Korean entertainment news website (without influence from any agency or corporation), we need your support! If you have enjoyed our work, consider to support us with a one-time or recurring donation from as low as US$5 to keep our site going! Donate securely below via Stripe, Paypal, Apple Pay or Google Wallet.
FacebookTwitter
SubscribeGoogleWhatsappPinterestDiggRedditStumbleuponVkWeiboPocketTumblrMailMeneameOdnoklassniki
Related ItemsEX’ACTEXOLucky OneMonster
← Previous Story Tiffany Steps Into A ‘Heartbreak Hotel’ For SM Station
Next Story → BEAST To Return In July With 2 Music Videos