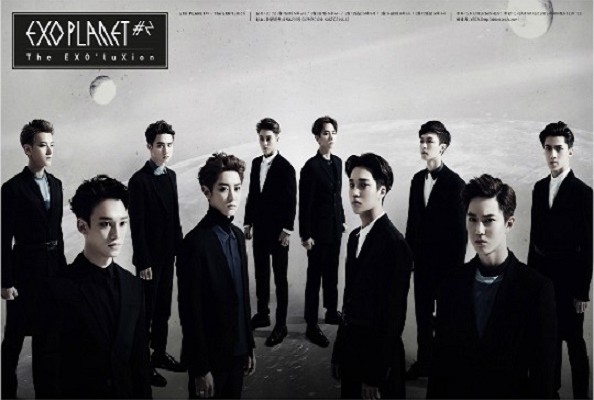 As announced by SM Entertainment on March 3, meta-group EXO will be revealing its new tracks for the very first time at the group’s second exclusive concert titled EXO PLANET #2 — The EXO’luXion, which is set to be held on March 7 to 8 and March 13 to 15 at the Olympic Gymnastics Arena in Seoul.

During the coming concert, EXO will give special performances of the song El Dorado, which was used in the boy band’s teaser videos prior to its debut in 2012, as well as some tracks from the new album, and the group’s recreated big hits; Growl and Overdose.

It is reported that the concert will be directed by SM’s performance director Shim Jae Won, who not only has proved his talent in TVXQ’s live tour, but also has worked with EXO since its pre-debut time.

Earlier on, due to the explosive request from fans, EXO had to add one more show on March 13 to its imminent concert, making it the first idol group to have five shows at Olympic Gymnastics Arena.