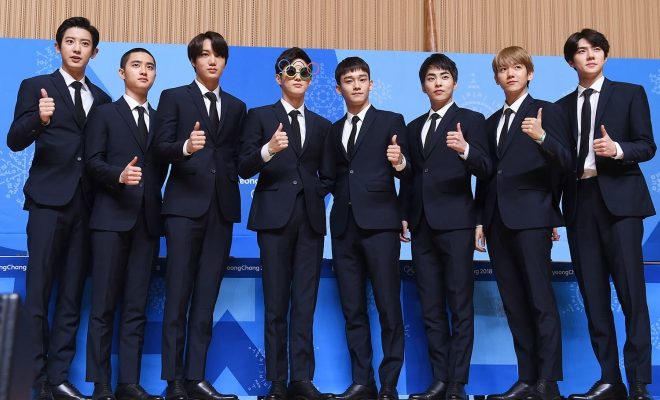 EXO is ready to be part of Olympic history!

South Korean boy group EXO revealed it is thrilling and unbelievable to be part of the closing ceremony of the 2018 PyeongChang Winter Olympics set on this weekend.

The popular boy group will perform at the closing ceremony at the PyeongChang Olympic Stadium on February 25 to probably its biggest audience to date.

Before gracing the closing ceremony, members of the group met the press at the PyeongChang Olympic Main Press Centre at the Alpensia Resort in PyeongChang on February 21.

At the press conference, EXO talked about being part of Olympic history and meeting Olympians. 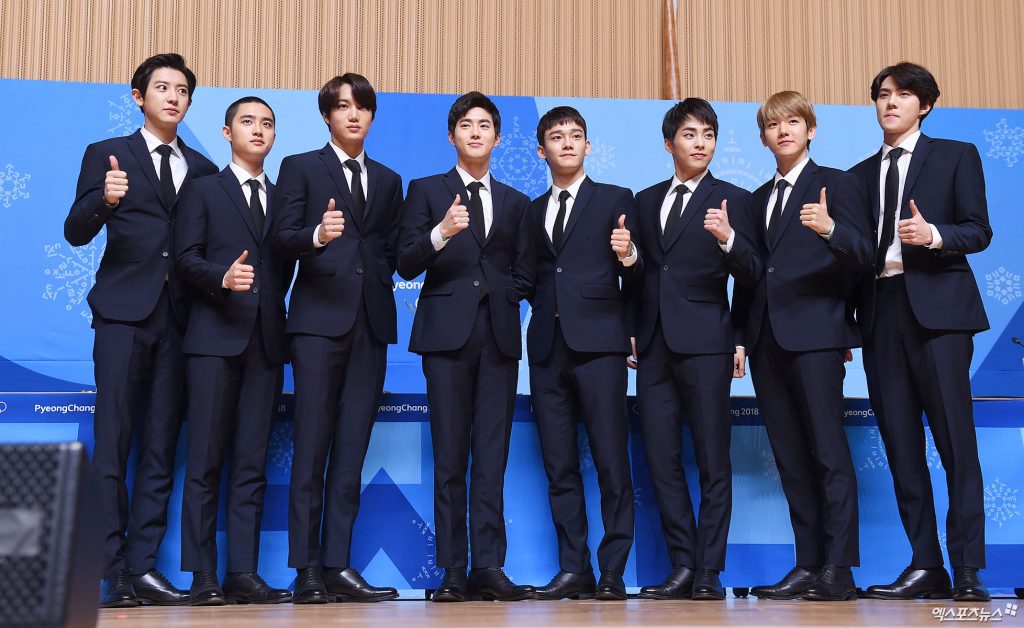 The boy group at the press conference before the big event this weekend. (Photo by X Sports News)

“I truly can’t believe that we are part of the closing ceremony of the 2018 PyeongChang Winter Olympics,” remarked EXO’s leader Suho.

Aside from having the honor to be part of a momentous occasion, the 2018 PyeongChang Winter Olympics will also mark the first time that the members of the group will witness the international multi-sport event in their home country.

“None of us, EXO members, was born in 1988,” Suho added, referring to the 1988 Summer Olympics which was the first Olympic Games hosted in the country.

Preparing For The Closing Ceremony

Baekhyun said he was thrilled to put on an impressive show. “When watching past Olympic opening and closing ceremonies, I always thought being on such stage was an incredible feat in and of itself,” he said. 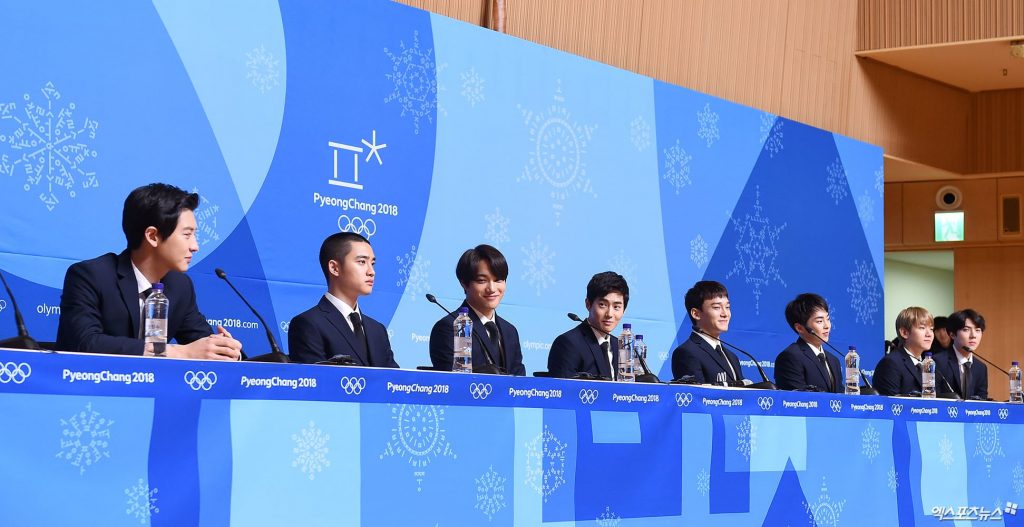 The boy group at the press conference before the big event this weekend. (Photo by X Sports News)

Typically, Olympic opening ceremonies focus on specific themes and messages, while its closing ceremonies are expected to be more festive and party-like.

Members of EXO admitted they are nervous and pressured into performing in front of a global audience but are putting extra effort into preparing for their performance.

Suho revealed that he is looking forward to meeting skeleton athlete Yun Sung Bin, who displayed an incredible performance and secured the country’s first gold medal in a sliding event.

The leader of EXO pointed out the Iron Man helmet Yun wore during the competition, commenting that they have the same liking for the Marvel hero. 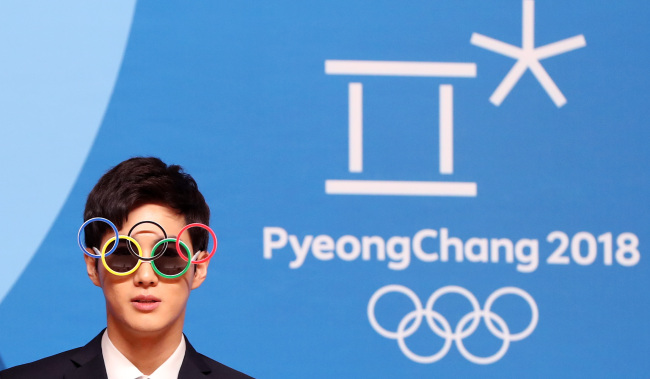 Suho sporting a sunglasses made of the five-ringed Olympic symbol at the press conference before the big event this weekend. (Photo by Yonhap)

Suho expressed his admiration for the gold medalist, whose earnest dream for the Olympics deeply resonated with him. “He is an athlete that I want to learn from,” he said.

“We heard that she is a fan of ours, and have delivered her a CD with our signatures. She also spoke of us often in interviews,” Suho said. He also relayed his wish for the figure skater to return home uninjured.

Aside from EXO, former 2NE1’s leader CL will also grace the closing ceremony of the Olympic Games.