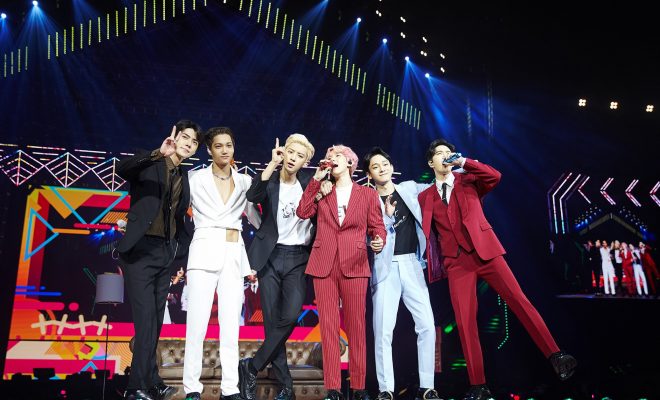 Relive the memories from EXO PLANET #5 – EXplOration with these exciting gifts from the group!

EXO will be releasing their photobook and live album featuring their fifth solo concert tour EXO PLANET #5 – EXplOration this April 21. 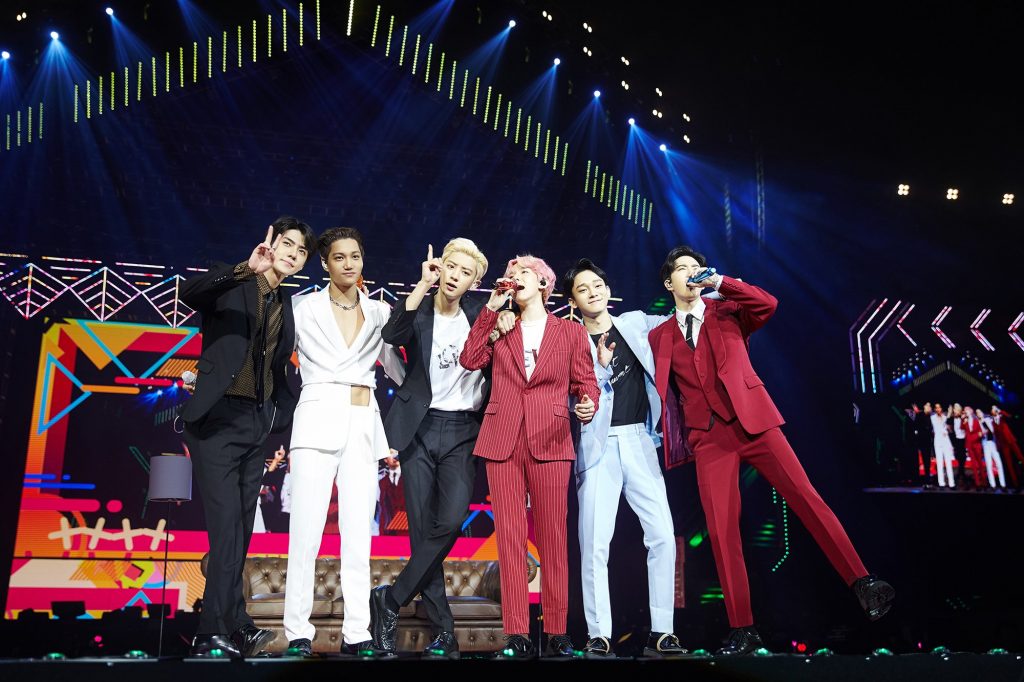 The boy group documented their favourite memories and performances for their latest concert tour, and now they will be sharing it to fans.

Set to be released this April 21, the EXO PLANET #5 – EXplOration photobook and live album package is expected to draw enthusiastic responses from fans as it features the vivid scenes of EXO’s fifth solo concert of the same title.

Held for a total of six days which kicked off their latest tour, the concert series took place at the KSPO DOME in Seoul Olympic Park from July 19 to 21 and July 26 to 28 last year.

The photobook features a variety of EXO’s colorful images, including colorful stage photos as well as waiting rooms and backstage snapshots.

It will also share candid interviews of both the members and their staff regarding the concert behind-the-scenes—right from the planning of the performances to their preparation processes and thoughts. Tons of interesting content, such as EXO members becoming fans of EXO and answering several questions, will also add delight to fans.

The live album in the package also features 27 songs from the concert, including “Love Shot”, “Tempo”, “24/7”, and “Oasis”. These will be released on various music sites including Flo, Melon, and Genie on April 21 at noon KST as well.

Hellokpop, as an independent Korean entertainment news website (without influence from any agency or corporation), we need your support! If you have enjoyed our work, consider to support us with a one-time or recurring donation from as low as US$5 to keep our site going! Donate securely below via Stripe, Paypal, Apple Pay or Google Wallet.
FacebookTwitter
SubscribeGoogleWhatsappPinterestDiggRedditStumbleuponVkWeiboPocketTumblrMailMeneameOdnoklassniki
Related ItemsEXOEXO PLANET #5 - EXplOration live albumexo planet #5 exploration
← Previous Story MONSTA X’s Kihyun Amazes With His Powerful Vocals In “Again Spring” OST For KBS’ “Meow, The Secret Boy”
Next Story → Jung So Min Is A Sunshine Visual In The “Fix You” Character Poster