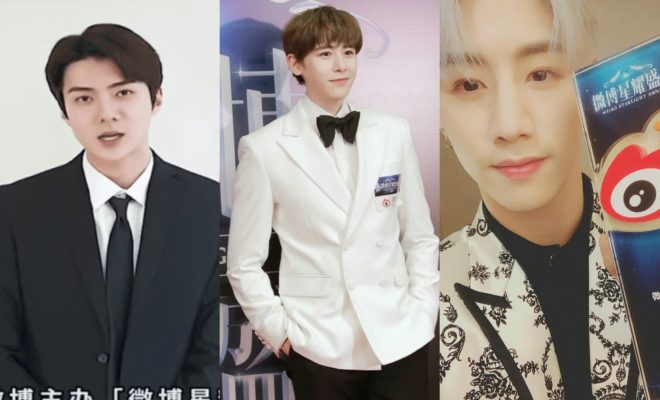 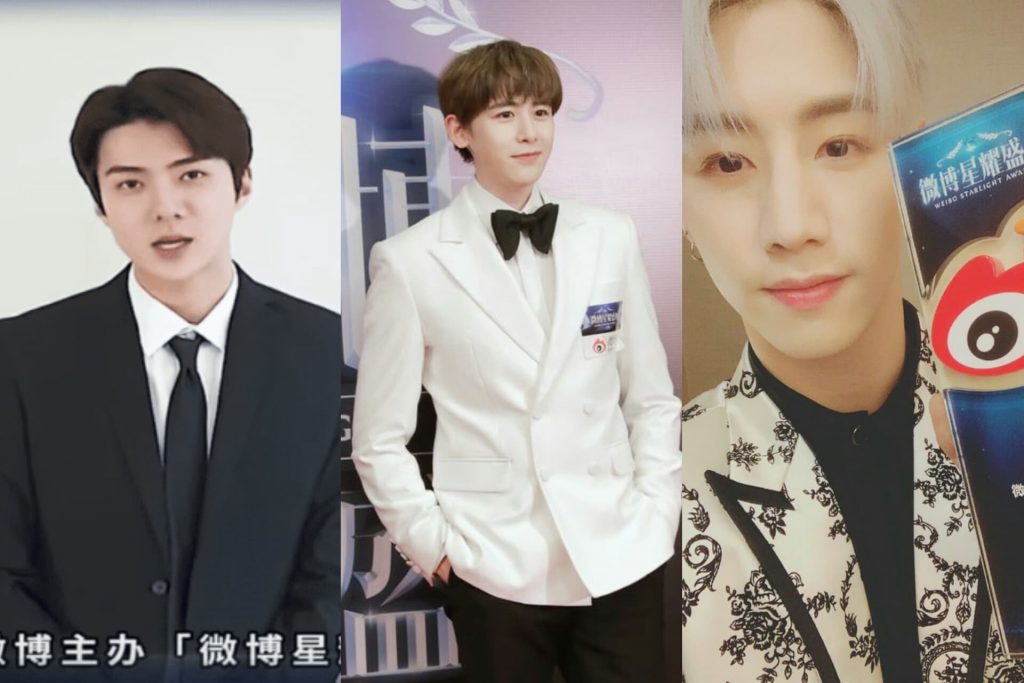 Taken place in Hong Kong, the awards ceremony honored the top-performing celebrities, topics, and companies as reflected on Weibo for the past year. Some of K-Pop’s brightest artists were able to receive awards from the event thanks to their popularity on one of the largest social media platforms in China.

EXO’s Sehun, who was unfortunately unable to attend the ceremony, won the Overseas Male Artist award. Still, he sent a video message to thank his fans which was shown during the event.

Speaking in both Chinese and Korean, Sehun thanked everyone who voted, and everyone who continues to love and support EXO and K-Pop in general.

Meanwhile, 2PM’s Nichkhun successfully took home the Asia Star award. During his acceptance speech, the Thai K-Pop idol shared his journey of making his recent solo album ME – including composing the songs for it and devising its overall concept.

Lastly, GOT7’s Mark was the night’s shining recipient of the Hot Star award. While accepting his award, the GOT7 rapper talked about how he likes to post things that catch his eye and he would like to share with his fans through Weibo. He also mentioned that he is continuously trying to improve his skills in the Chinese language, specifically his writing.

He also gave IGOT7s a loving shoutout on his group’s official Twitter account following the event to express his gratitude.

“To our Ahgases who made it possible for me to win this award! I sincerely thank you and love you,” he wrote.

Hellokpop, as an independent Korean entertainment news website (without influence from any agency or corporation), we need your support! If you have enjoyed our work, consider to support us with a one-time or recurring donation from as low as US$5 to keep our site going! Donate securely below via Stripe, Paypal, Apple Pay or Google Wallet.
FacebookTwitter
SubscribeGoogleWhatsappPinterestDiggRedditStumbleuponVkWeiboPocketTumblrMailMeneameOdnoklassniki
Related Items2019 weibo starlight awards2pm2pm nickhunEXOexo sehunGOT7got7 mark
← Previous Story BTS Outsold: Charts Dominated And Records Broken By “Map Of The Soul: Persona”
Next Story → Choi Kang Hee Switches To New Management, Looks Forward To A Busier Career