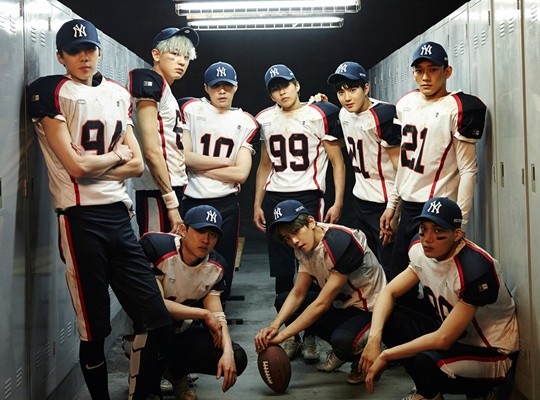 It has been yet another stellar year for EXO in terms of musical achievements. Billboard recently unveiled its year-end charts for 2015, and EXO is the only Korean artist to enter the top 10 for two categories of the Billboard charts! 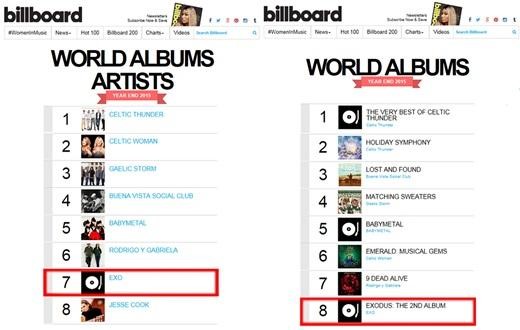 The group snagged the 7th spot in the World Albums Artists category, making it the second consecutive year that EXO has surpassed all other South Korean artists to break into the chart with the same spot.

Moreover, the boys’ second full-length album EXODUS took the 8th place in the World Albums category, being the only K-pop album ranked in the Top 15 albums in the list.

We need your support! If you have enjoyed our work, consider to support us with a one-time or recurring donation from as low as US$5 to keep our site going! Donate securely below via Stripe, Paypal, Apple Pay or Google Wallet.
155
SHARES
FacebookTwitter
SubscribeGoogleWhatsappPinterestDiggRedditStumbleuponVkWeiboPocketTumblrMailMeneameOdnoklassniki
Related ItemsBillboardEXOExodusWorld AlbumsWorld Albums Artists
← Previous Story Topp Dogg Prepare Christmas Cards For Fans
Next Story → T-ara’s Hyomin In Santa Suit