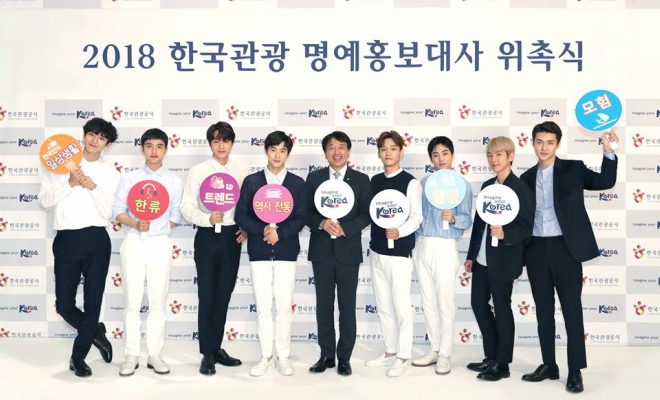 EXO is the new face of Korean tourism!

After powering the closing ceremony of the PyeongChang Winter Olympics and creating history as the first K-Pop group and first non-royal to be featured in a special light show on Burj Khalifa in Dubai, South Korean boy group EXO is gearing up to promote South Korea as this year’s honorary ambassadors for Korean tourism.

The boy group was appointed by the Ministry of Culture, Sports, and Tourism and the Korea Tourism Organization in June, with promotional ads featuring the boy group set to make rounds this month. 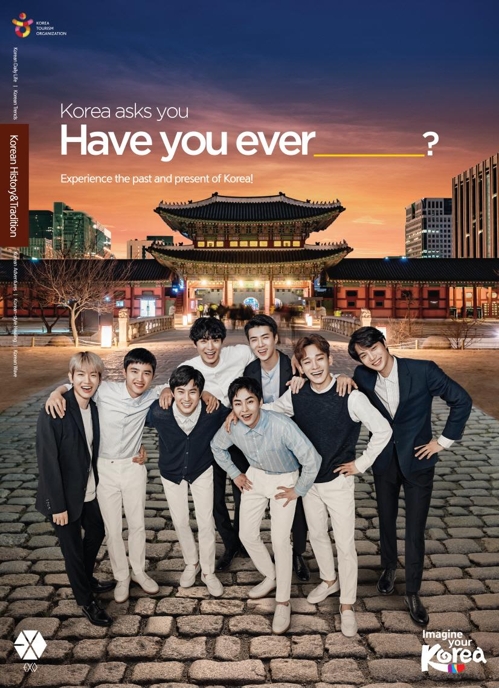 A teaser for the upcoming commercial of EXO was released on August 5 via the Imagine your Korea YouTube channel and Facebook.

The video opens with the words “Have you ever…”, and goes with members Suho, Chanyeol, Sehun, Xiumin, Kai, and Baekhyun completing the statement with various questions. Members D.O and Chen were absent in the teaser but are expected to make appearance on the full commercial that will be released this month.

The promotional ads will be in line with the theme “Korea Asks You: Have You Ever?”. They will be classified in six categories that encompasses history and tradition, daily lives, trend, adventure, Hallyu, and healing.

The Korea Tourism Organization believes that EXO is the right fit to be the face of South Korea. According to the agency, the recent performance of the boy group at the PyeongChang Winter Olympics is a testament of its popularity and ability to pull in people to take interest in the country.

“They have a strong fan base worldwide. We believe that they will be a great contribution in bringing more tourists to South Korea,” the agency added.