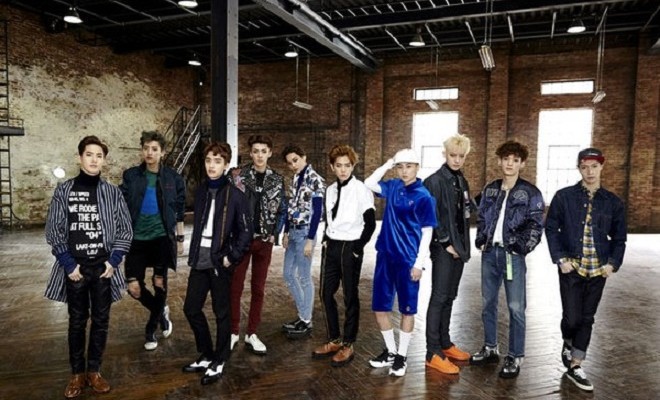 As announced by SM Entertainment on April 20, EXO will be kicking off its first Japanese concert titled EXO Planet #2 – The EXO′luXion at the Tokyo Dome from November 6 to 8, and at the Osaka’s Kyocera Dome from November 13 to 15, for a total of six shows.

This is a notable feat of the boys, as they are non-Japanese artists to hold their first concert in the shortest period of time after three years of their debut in Korea and China, without any album release or promotion in the country.

In related news, EXO has been basking in success with the hit title track Call Me Baby from the group’s second full album EXODUS, which was released on March 30. It has dominated all the major music shows, with three consecutive weeks in SBS’s Inkigayo, and two weeks straight in MBC Music’s Show! Champion, Mnet’s M!Countdown, KBS2TV’s Music Bank, and MBC’s Show! Music Core, proving the talented group’s tremendous popularity in the local music scene.