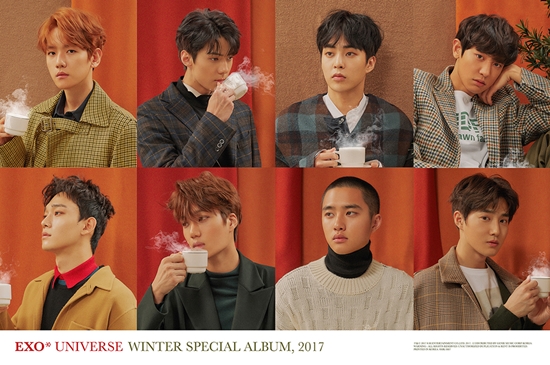 Winter is made warmer with EXO’s “Universe”.

Shortly after its release, on December 27, the group’s new release reportedly secured the top position on five Korean album charts. Its namesake title track also won the first place on the local charts such as Melon, Genie, Olleh Music and Bugs.