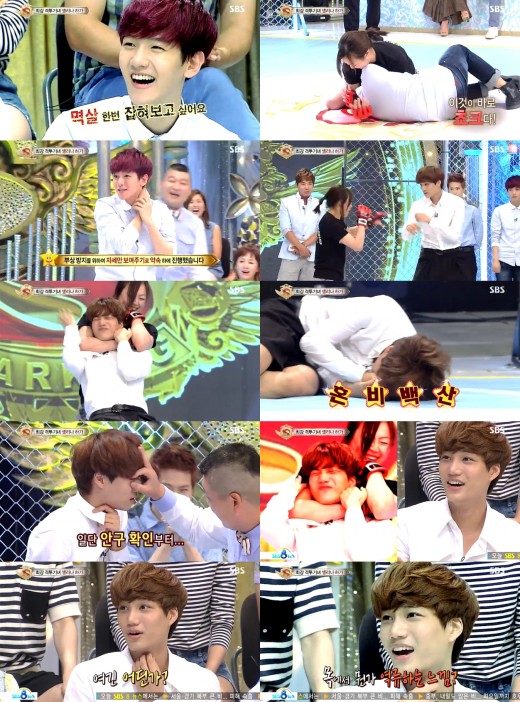 EXO‘s Baekhyun and Kai has felt the humiliation from Celine Haga.

On the Saturday 13 broadcast of SBS’ Star King, world martial artist, Joachim Hansen and his Korean-Norwegian girlfriend, Celine Haga, made an appearance on the show.

Celine Haga was born in South Korea, adopted in Norway, and she is active as a martial artist. She recently won against the Japanese champion with four consecutive victories.

Baekhyun, who wanted to taste Celina Haga’s skills, raised his hand and said: “I did Aikido, I want to be grabbed at the collar once.” Celina grabbed his neck, leaving him not sure what he should do.

Kai who took the challenge next was scared of Celine. He tried to escape while he was being grabbed, but his neck was firmly taken control of. MC Kang Ho Dong checked Kai’s eyeballs when he showed his painful expression, causing a burst of laughter. Kai said:” I don’t know where this is, I felt like my throat is coming out. I could not bear it.”