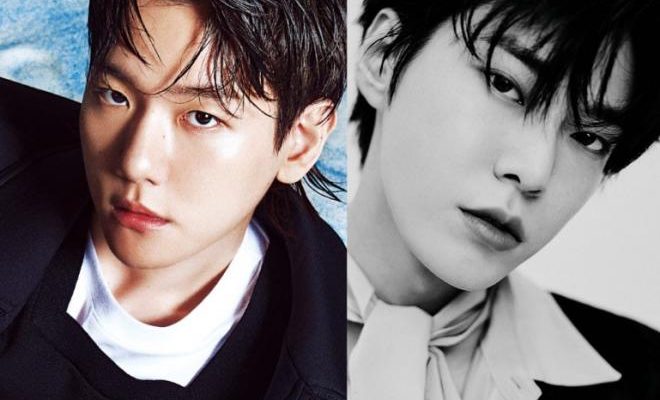 Prepare your hearts for a collaboration to remember from EXO’s Baekhyun and NCT’s Doyoung!

EXO’s Baekhyun and NCT’s Doyoung, the power vocalists from SM Entertainment, teamed up for a special duet performance.

Earlier today, a music video has been revealed for their upcoming rendition of “Doll”, a song by Lee Ji Hoon and Shinhwa’s Shin Hye Sung.

This collaboration is part of  “Rewind: Blossom” project of Stone Music Entertainment, KT, and Genie Music. Through the project, several artists in the current generation will remake well-loved songs in 1990s to early 2000s. Two sets containing a total of eight songs will be released on March 12 and 26.

Other artists who confirmed to take part in the project are B1A4’s Sandeul, Davichi’s Kang Min Kyung, Ha Sung Woon, IZ*ONE, Urban Zakapa, Wonstein, Park Moon Chi, and Yoo Seung Woo. Moreover, there will be a special album for the project. Featuring a newtro design, it will be produced as a cassette. The pre-sale will begin on March 12.

Meanwhile, the remake for “Doll” by Baekhyun and Doyoung will be released on March 12 at 6 PM KST.

Watch the preview for the music video of “Doll” below: