EXO recently wrapped up its two-day concert in Hongkong as part of its 2nd tour ‘The EXO’luXion’.

Towards the end of the concert, Baekhyun spitted out “So touching” in Cantonese (很感动), after seeing the fans holding a rose light, which is a project titled ‘The Sea of Blossom’ prepared for the idol boys. 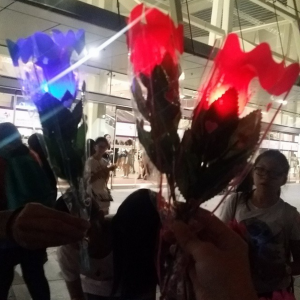 Leader Suho also complimented that his Cantonese speaking skill is good. Later on, Baekhyun revealed because he often watches Hong Kong movie Shaolin Soccer, and he also imitated the lead actor Stephen Chow to sing the theme song in Cantonese, which made the members and fans burst into laughter.

Aside from that, Lay also admitted that he really likes Hong Kong, and that before coming to Hong Kong from Beijing, he went to have a good meal at a Hong Kong style restaurant. 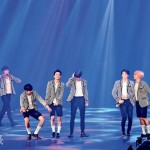 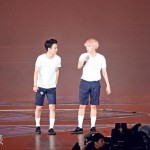