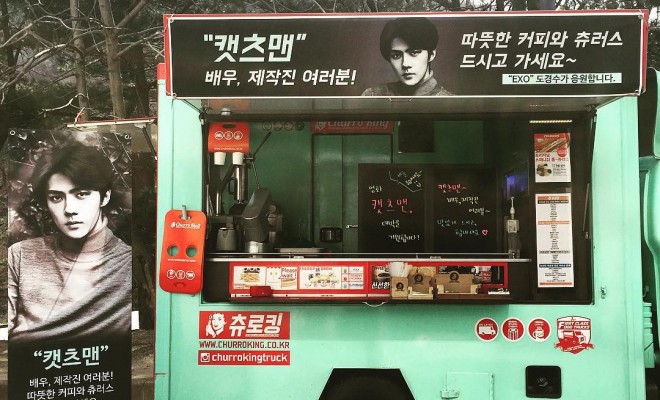 EXO’s D.O sent a food truck to show his support for his younger groupmate Sehun for his upcoming movie.

Sehun is making his big screen debut as the male lead in a Chinese-Korean fantasy-romance movie, Catman. The filming is currently taking place in Seoul. As a support for his groupmate, D.O has sent a food truck with hot coffee and churros to the filming set for all the hardworking actors and crew of the movie.

On April 5, the food truck company shared the food truck photo on its Instagram account, stating that D.O has sent this to Sehun at the filming location. The banner on the truck reads, “Catman’s actors and crew, please have hot coffee and churros~ EXO’s Do Kyung Soo supports you.”

Isn’t D.O so sweet and supportive of his groupmate? 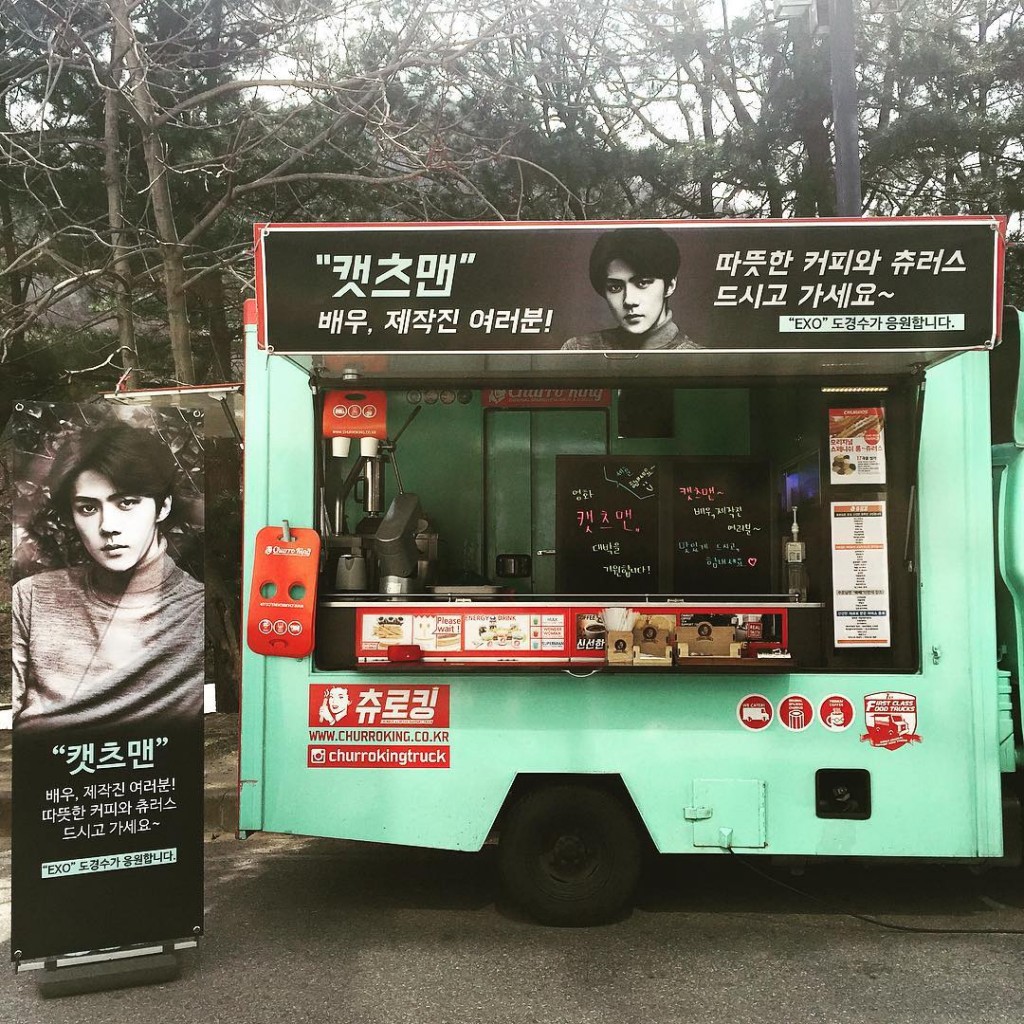