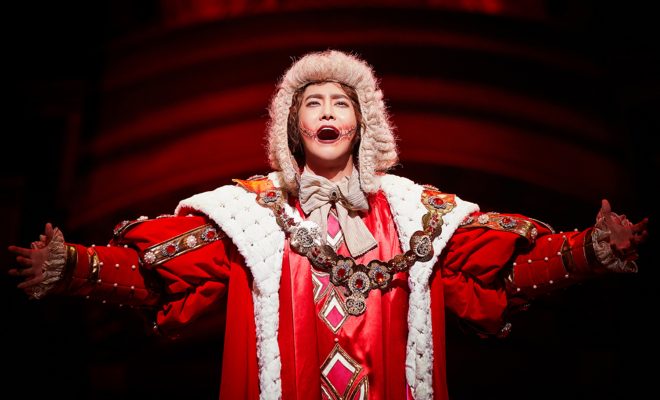 EXO’s Suho has signed up for another musical as Gwynplaine, a pure-hearted man with a monstrous face. It is based on Victor Hugo’s novel L’Homme qui rit published in 1869. It has since been made to films and theater production with South Korea’s musical being the most recent adaptation.

The idol-actor has been receiving positive responses for his rendition of the hero in the story. His performances are embellished with unwavering intensity and resonating atmosphere on stage. 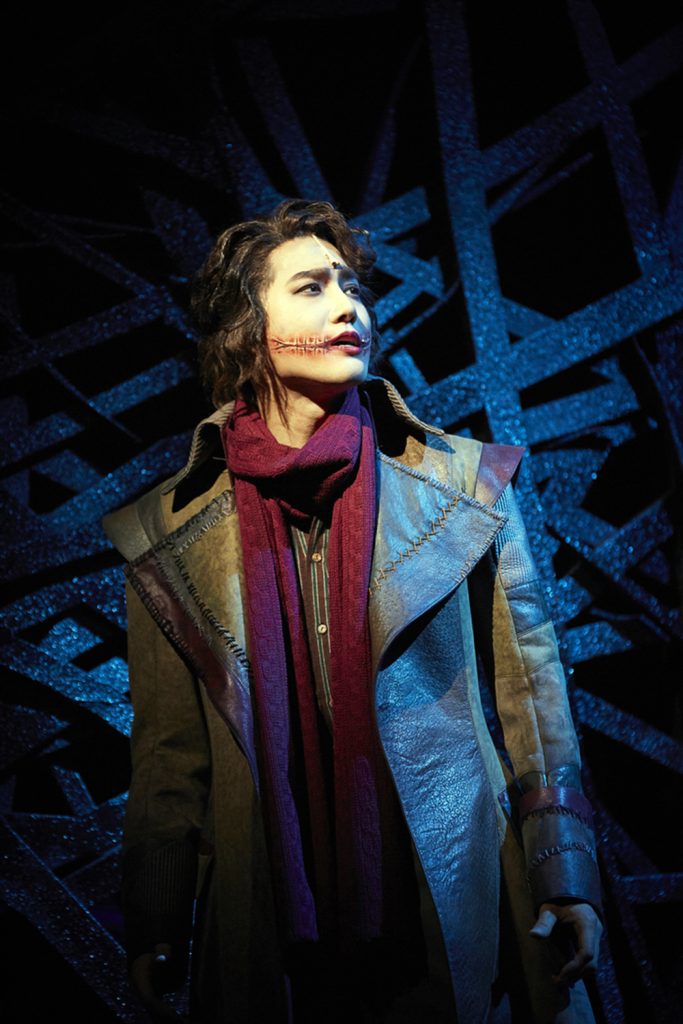 Suho has been working hard for his role by personally involving himself in the action drills, stage performances, musical talks amidst his busy schedule to make sure he channels his character well.

The diligence is paying off as Suho’s high-synchrony rate with his role is met with appreciation by the musical patrons who have been giving standing applause every curtain call of the scenes.

The musical The Man Who Laughs which currently runs at Seoul Opera Theater until August 26 is enjoying popularity, owing to its splendid stage and actors’ vibrant portrayals. From October 1 to 28, you can see the musical at the Blue Square Interpark Hall.

Writer’s Note: Update has been made to cite that “The Man Who Laughs” is another musical project of Suho. He also performed in musical, The Last Kiss.