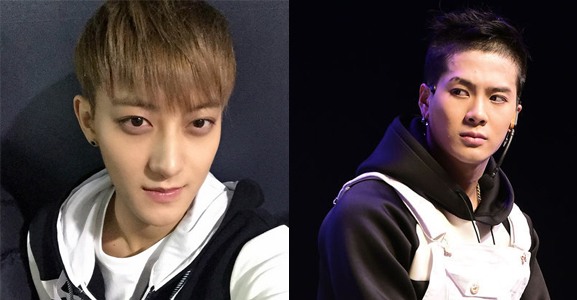 According to a report on Tuesday, the idols injured their ankles while participating in a basketball game against each other at Goyang Indoor Arena, Gyeonggi Province. Tao and Jackson received onsite emergency treatment immediately, and were brought to the nearby hospital for check up.

Later, the EXO Chinese member updated his condition by posting a photo onto his Instagram, saying: “I am gathering up strength and working harder thanks to you (fans.) I am okay, don‘t worry.” According to SM Entertainment’s representative, he is now resting at his dormitory.

As for Jackson, he had received careful treatment and would resume his activities as his injury was minor.

In other related news, 2015 Idol Star Athletics, which features idols of popular groups, namely GOT7, EXO and BEAST, is planned to be screened on this Lunar New Year.