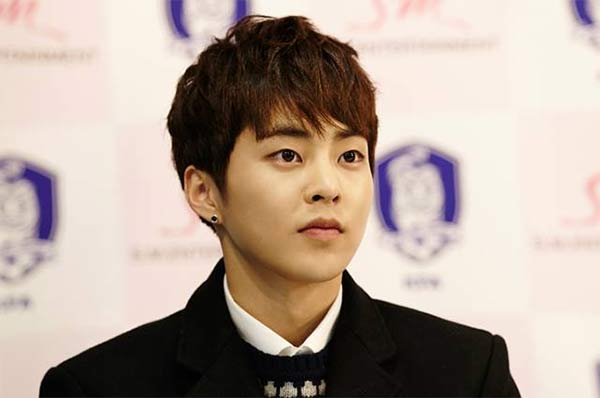 There might be a chance that Xiumin will set his foot to the door in acting, as the EXO member is revealed to be in talks to star alongside actor Yoon Seung Ho in a new movie!

On May 19, SM Entertainment made an announcement regarding the idol’s role offer:

The movie, filmed by director Park Dae Min of Shadow Murder, is reported to tell a story of a hero of Chosun era, Kim Seon Dal, which will be played by actor Yoon Seung Ho.

Hellokpop, as an independent Korean entertainment news website (without influence from any agency or corporation), we need your support! If you have enjoyed our work, consider to support us with a one-time or recurring donation from as low as US$5 to keep our site going! Donate securely below via Stripe, Paypal, Apple Pay or Google Wallet.
78
SHARES
FacebookTwitter
SubscribeGoogleWhatsappPinterestDiggRedditStumbleuponVkWeiboPocketTumblrMailMeneameOdnoklassniki
Related ItemsEXOKim Seon DallistPark Dae MinquizShadow MurderSM EntertainmentXiuminYoon Seung ho.
← Previous Story HALO To ‘Grow Up’ With Third Single Album
Next Story → Nam Sang Mi Confirms Her Pregnancy