FameUs is coming back to Cebu on April 25

K-Pop fans in Cebu, Philippines are you ready?

Rookie group FameUs is coming back to Cebu for a mini-showcase and fanmeet event on April 25 at the J Centre Mall Cebu, Philippines.

The boys will be arriving at the Mactan-Cebu International Airport on April 24. Fans who wish to show their support for the boys and welcome them at the airport may come as early as 3:45PM for the briefing which will be given by the fan club administration. 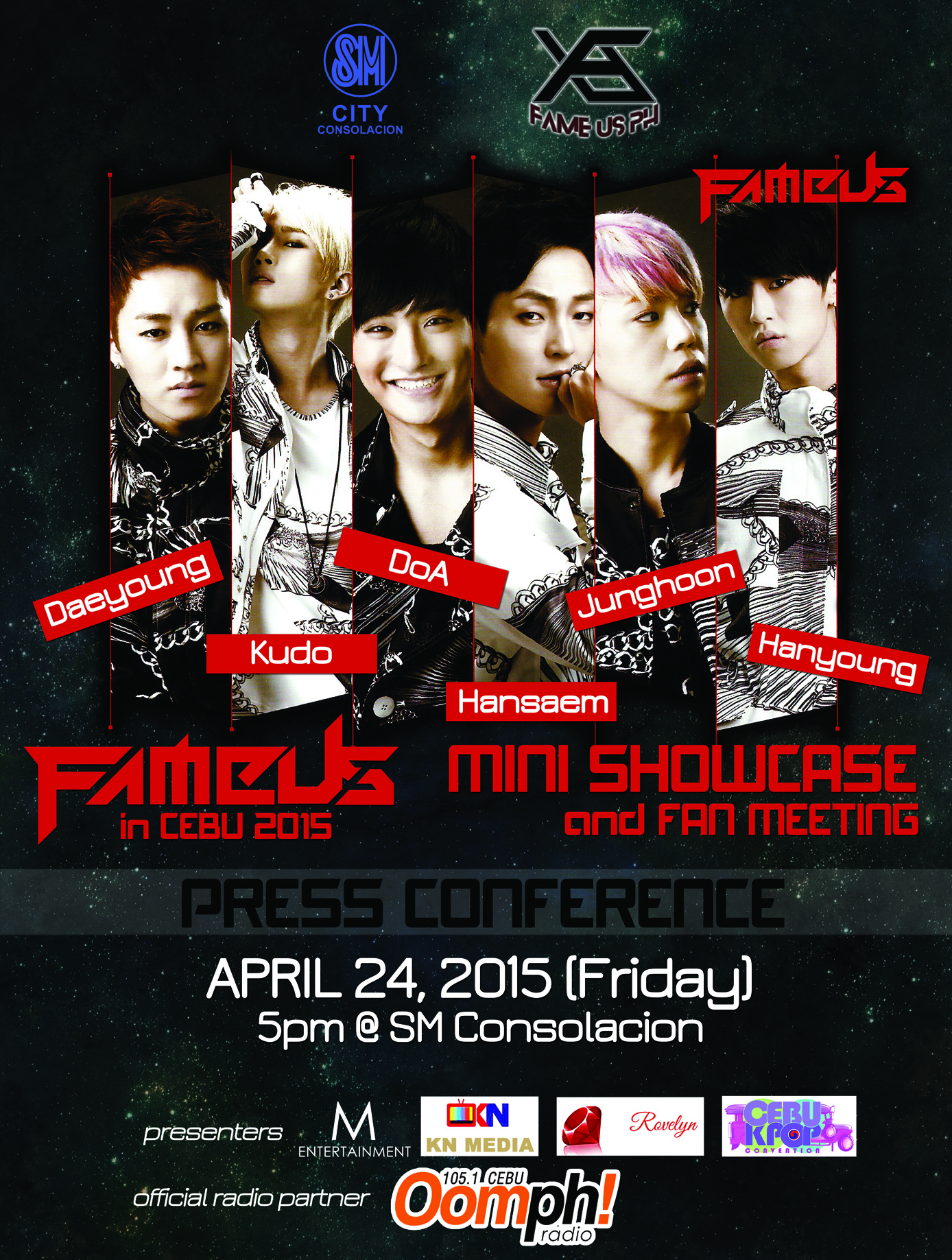 Hansaem, Kudo, Junghoon, Daeyoung, Doah and Hanyoung are all excited to meet again their Cebu fans and promote their first mini-album Famous.

They have just released the digital copy of their first mini-album with the title song, 가지고놀아도돼‬ (You Can PlayWith It‪), is about a story of a couple where the woman is in control of the relationship. At first, the man tries to resist his woman but eventually allows himself to be under the control of his lady.

The mini-showcase and fanmeet will be the second time of the group to visit Cebu. Last February, they have already met with their fans who have shown them so much support and warm welcome.

Note that the first cut-off for payments is on March 29 at Ayala Center Cebu (look for Ms. Honey) and SM City Consolacion (look for Ms. Nathalie). 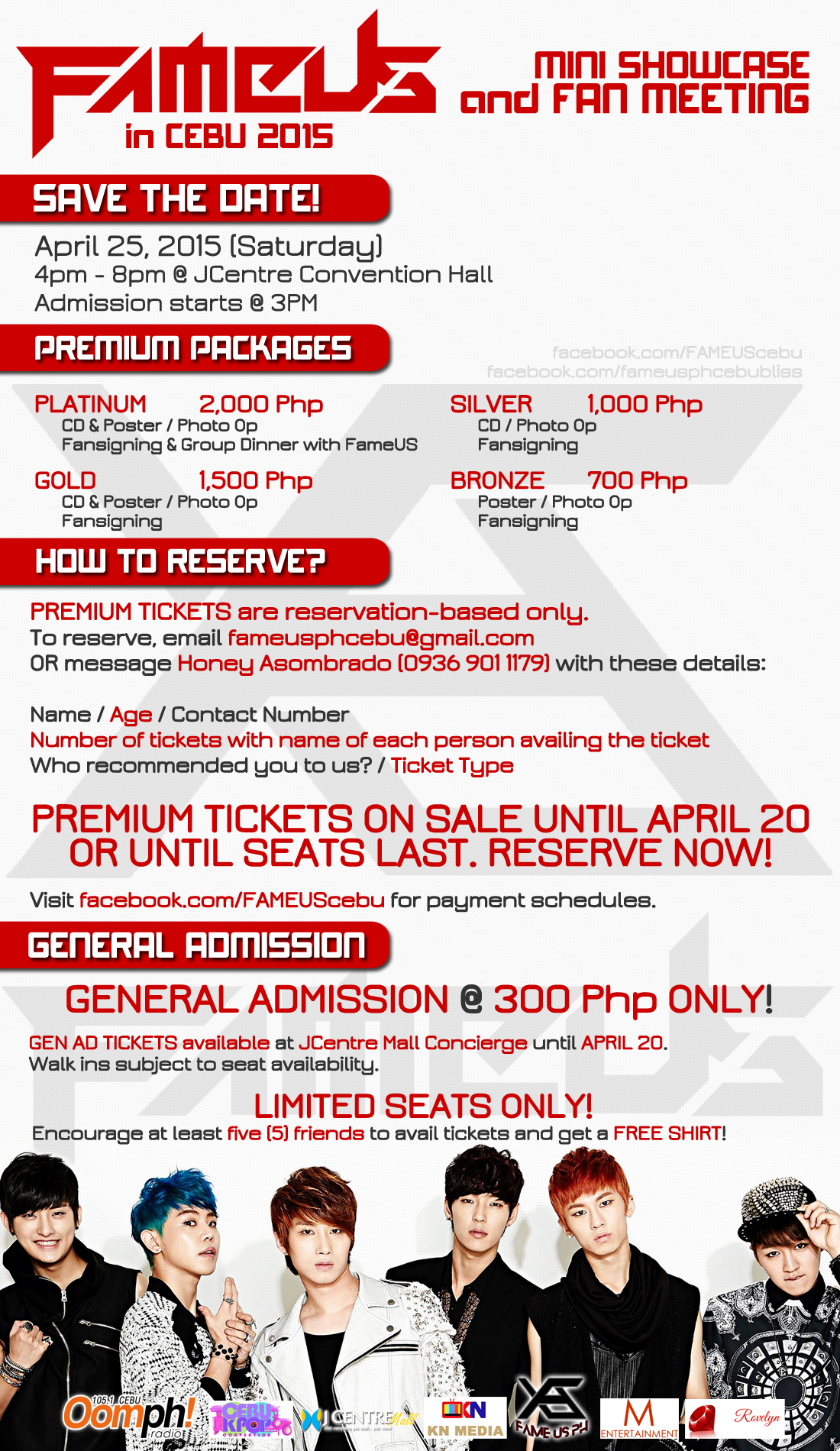 According to the organizers, some parts of the sales from this event will be donated to charity under FameUs’ name while the money collected from the first cut-off will be utilized as fund for the preparations in the coming event on April 25.

The band recently visited the Philippines to shoot their music video and meet their Filipino fans in a series of events that lasted for two weeks and ended with a charity event for children.