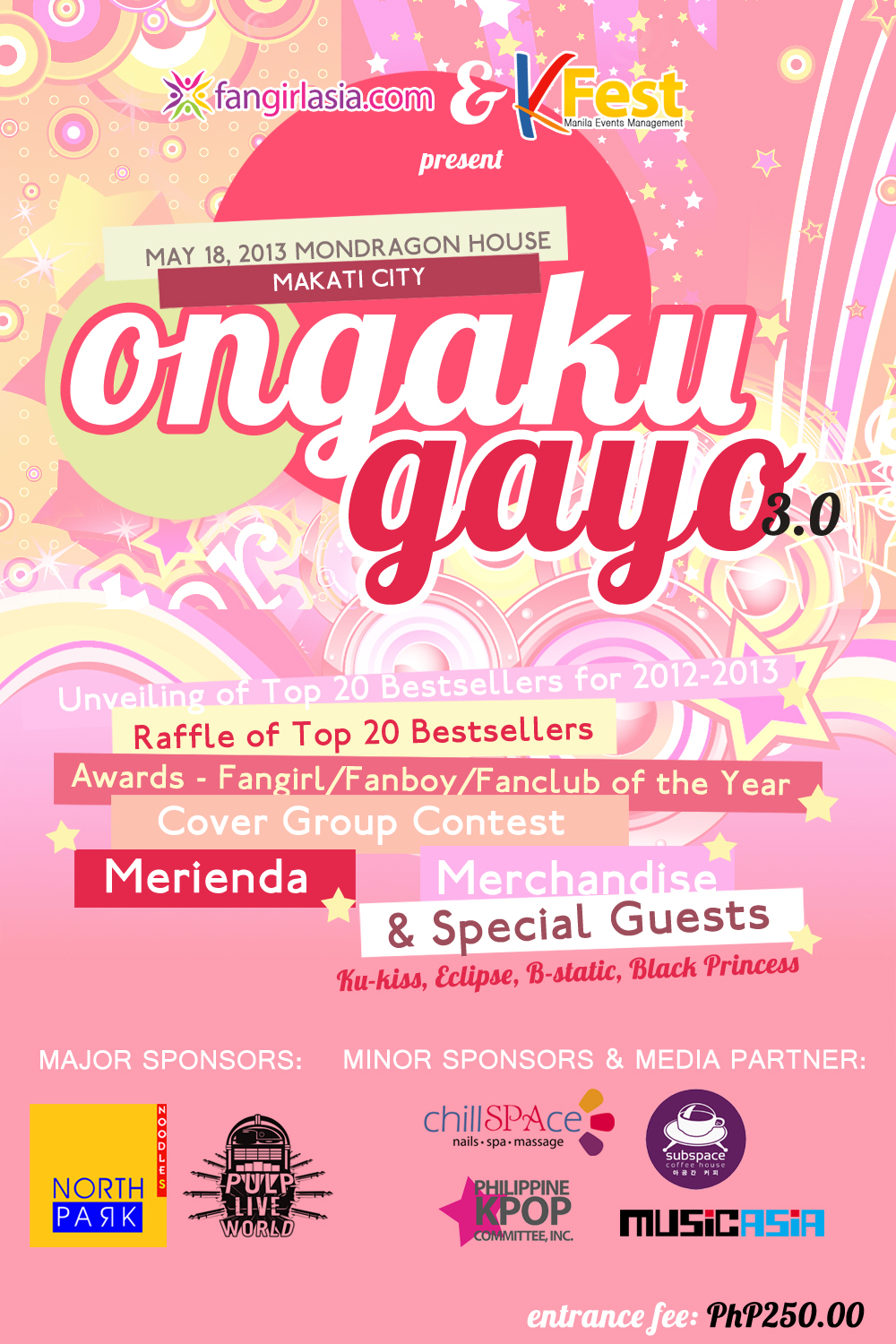 Fangirlasia invites you to Ongaku Gayo 3.0 in the Philippines 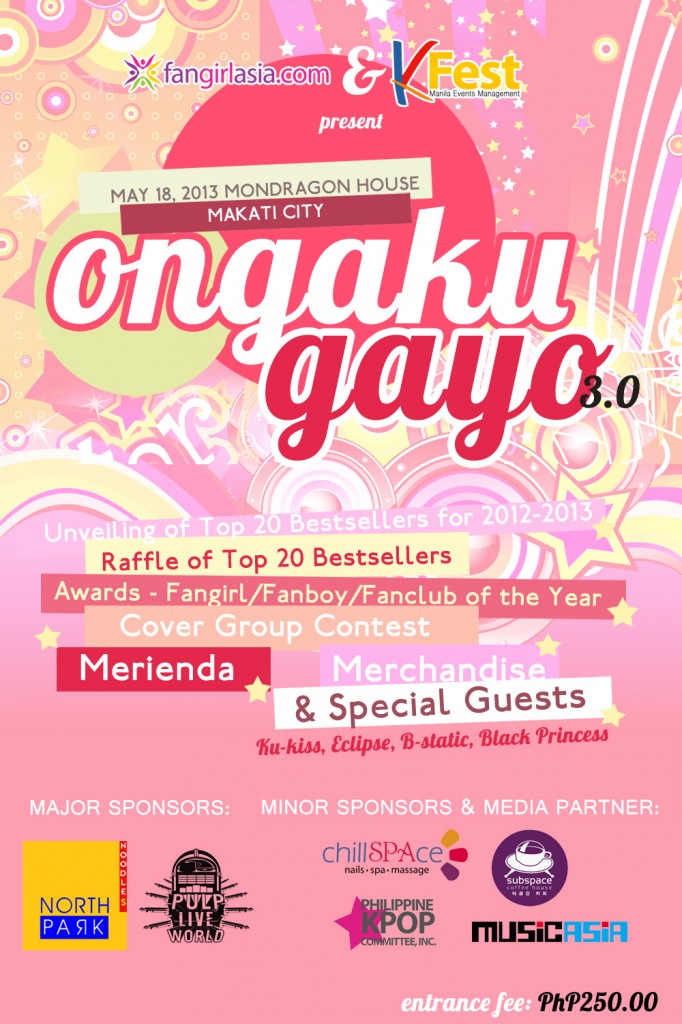 Fangirlasia will be 3 years old this month! For the past three years, it has been organizing an event titled Ongaku Gayo to honor its customers – the K-pop fans. With Ongaku and Gayo means music in Japanese and Korean respectively, the event is really a celebration of music.

This year, a bigger event  in collaboration with KFest Manila Management, will be held on May 18 at the Mondragon House. The highlight of the event is the unveiling of the Top 20 Bestselling Merchandise from April 2012 – March 2013. To thank fans for their support, the same items will also be raffled. A dance cover will also be hosted with cash prizes at stake in two categories – Best of Fangirlasia, which features the groups in the Top 20, and Fan Favorites, which features groups that fans love to cover.

A party is not a party without food hence this year just like the previous year, North Park Noodle House will be serving snacks for all attendees. This year’s Ongaku Gayo is also extra special because it will mark the start of the promotions for Alexander Lee Eusebio’s Fan Party in Manila. Pulp Live World will also raffle off tickets to the CNBlue Blue Moon Concert on June 15 at the Araneta Coliseum.

The event will end with awards to the top customers – the fans themselves. Fangirlasia will be awarding the Fanboy, Fangirl and Fan Club of the Year.

Hellokpop, as an independent Korean entertainment news website (without influence from any agency or corporation), we need your support! If you have enjoyed our work, consider to support us with a one-time or recurring donation from as low as US$5 to keep our site going! Donate securely below via Stripe, Paypal, Apple Pay or Google Wallet.
FacebookTwitter
SubscribeGoogleWhatsappPinterestDiggRedditStumbleuponVkWeiboPocketTumblrMailMeneameOdnoklassniki
Related ItemsFangirlasiaKpop and Culture FestPhilippines
← Previous Story EXO unleashes more teaser images
Next Story → SMTOWN unleash even more EXO teaser images