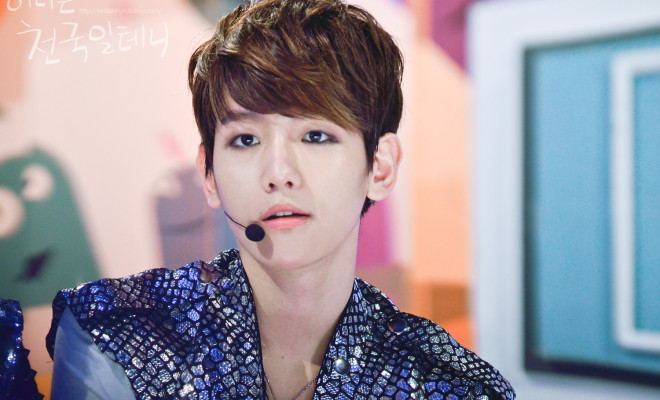 Upset fans came together to petition to remove Baekhyun from EXO, after it was confirmed that he was in a relationship with Girls’ Generation’s Taeyeon.

The petition was started by a furious fan who felt like Baekhyun was ‘mocking’ his fans.

It has since been removed before quickly gathering 1,800 signatures.

Fans have also sent in emails to demand SBS’s Inkigayo to fire Baekhyun, who is currently an MC on the music show.

His relationship with Taeyeon has received much backlash from fans since it was confirmed last week.

If that wasn’t enough, angry fans have also brought up his underage drinking controversy.

“I strongly demand Baekhyun quit as emcee. Baekhyun went to a bar and drank alcohol when he was not allowed to do so. It is inappropriate to feature such a controversial person as an emcee on a TV program mostly watched by teenagers,” said a viewer only identified by Sohn.

Since the news of his relationship last week, tickets to his upcoming musical ‘Singing In The Rain’ are quickly being sold at a cheap price.

Like Baekhyun, Taeyeon has also received a lot of negative comments from fans.

Her first public appearance yesterday led to fans calling her ‘desperate’ and ‘shameless’.

EXO member Tao updated his Weibo yesterday asking for fans to move on and find happiness.

So many bad things have happened this year, and I don’t understand why. I have gone out for a walk to relax. If things aren’t going too well, I hope you all will be able to put it behind you with a smile. How do you all feel? If you aren’t feeling too happy, try just smiling a bit. I can’t see you all right now, but I hope all EXO fans are well and find happiness, whether that be now or in the future.

Baekhyun’s relationship with Taeyeon was uncovered last week after a Korean media snapped pictures of the couple on a date.

Their agency confirmed their relationship three hours after the news report.