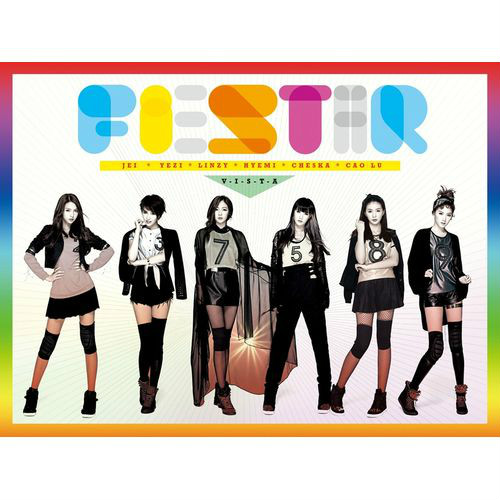 Loen Entertainment‘s first girl group, FIESTAR, is finally debuting with its title track Vista. The group has been receiving lots of attention from fans as its company is famous for its artists like IU, Gain, Sunny Hill and Jia. The group name is a combination of the words fiesta and star, describing the members’ willingness to be stars full of energy and passion, just like a fiesta or festival.

Their debut song highlights lively vocals and dance steps. JYJ‘s Junsu makes a cameo in the music video. FIESTAR is confirmed to make its own version of Sea of Moonlight which will be included in the summer project album of Loen Entertainment called LOEN TREE. Check out Vista below:

What do you think of the group and the song so far?

Hellokpop, as an independent Korean entertainment news website (without influence from any agency or corporation), we need your support! If you have enjoyed our work, consider to support us with a one-time or recurring donation from as low as US$5 to keep our site going! Donate securely below via Stripe, Paypal, Apple Pay or Google Wallet.
FacebookTwitter
SubscribeGoogleWhatsappPinterestDiggRedditStumbleuponVkWeiboPocketTumblrMailMeneameOdnoklassniki
Related ItemsdebutFIESTARGainIUJiaJunsuJYJLoen Entertainmentmusic videoSunnyHillVista
← Previous Story Official photos of G-Dragon’s ‘That XX’ MV released
Next Story → JJ Project celebrates its 100th day anniversary