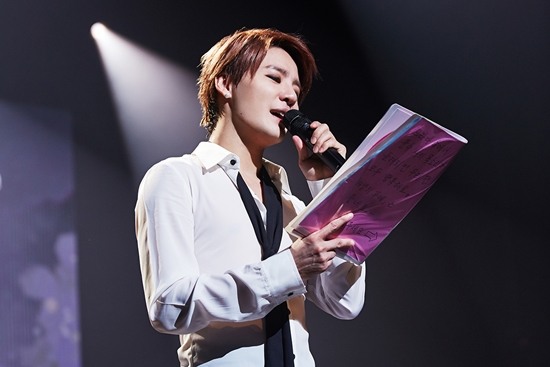 Till the end, its music continues to sweep music charts.

With gentle melody and meaningful lyrics, How can I love you is the final part in the collection of 10 lovely soundtracks of mega-hit drama ‘Descendants of the Sun’. Similar to the previous tracks, the new song took the first spot immediately on the eight music charts, including Mnet and Melon upon its release on the same day of the final episode of the drama on April 14.

Performed by Kim Junsu (JYJ), How Can I Love You is a ballad song, surrounding the romantic story between the two main characters; Yoo Shi Yin and Kang Mo Yeon. The lyrics sing about sweet whisperings from a boy to his love, whom he wants to stand by for the rest of his life.

Kim Junsu has also previously lent his voice in other dramas starring Song Joong Ki, namely Found you (Sungkyunkwan Scandal’s OST) and Love is Like a Snowflake (Innocent Man’s OST).

Junsu’s live performance of ‘How can I love you’ during Japan tour last month:


How does this story make you feel?