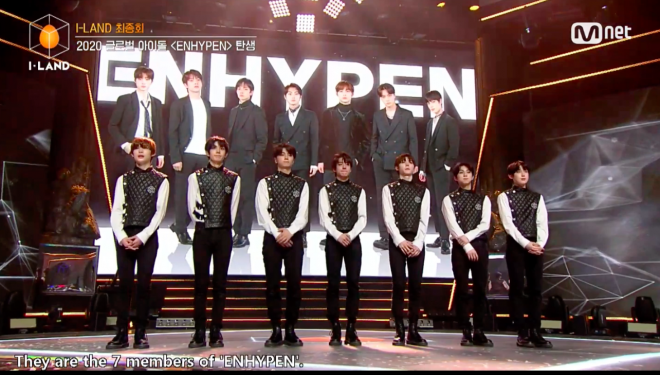 The Finale Of “I-LAND” Culminates To The Debut Of ENHYPEN

There’s a new boyband on the block, and their name is ENHYPEN!

113 days, 22 contestants, and 9 finalists, all lead up to one new boyband that is primed to take the music industry by storm.

Big Hit Entertainment just launched its newest group of stellar talents under the name of ENHYPEN. Comprised of Lee Heesung, Jay, Jake, Park Sunghoon, Yang Jungwon, Niki, and Kim Sunoo, the boy group is a force to be reckoned with.

The exciting finale episode of the series featured the nine finalists, including Daniel and K, as they performed production numbers, took on the final test, and underwent the judges’ scrutiny. It was a big night for both the trainees and the producers of the entertainment company. 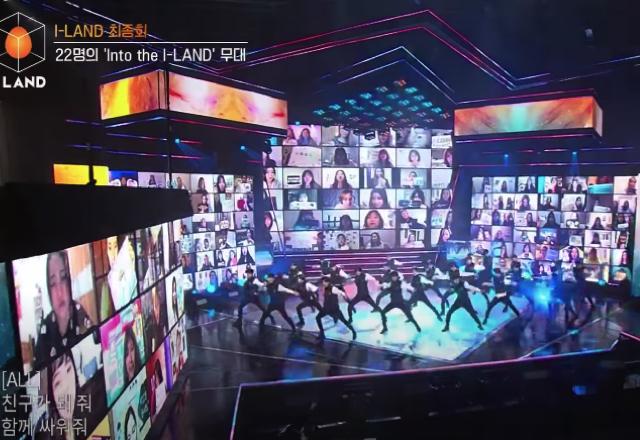 The special episode was attended by BTS and TXT who sat as an audience while sharing advice and insight to the contestants. Speaking words of support and well wishes, V of BTS even momentarily launched into an anecdote from his debut days.

He shared how glad he is that the I-Land contestants lived in a good environment like a family with plenty of food, which was quite the opposite of how BTS was accommodated during their debut days, wherein they mainly ate chicken breasts and got scolded at times.

The funny moment was a true attestation of V’s unique and quirky persona, which evoked laughs from his band members (and viewers, for sure!) Based on the massive success that BTS has achieved now, we’re certain that these superstars can look back on their times of uphill struggles with much fondness and humor. 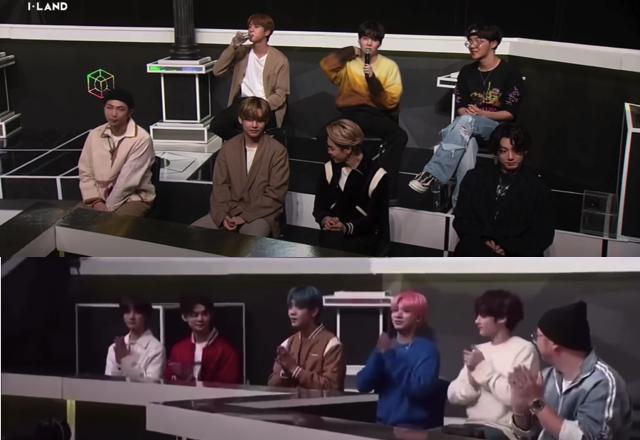 Furthermore, the 9 finalists were met with a pleasant surprise when the former I-Landers swung by for a visit at their house. With the former contestants emerging from the iconic revolving egg, everyone erupted into a celebration of hugs and cheers, as I-Land HQ was once again filled with the jolliness of the complete set of trainees.

However, the icing on the cake was really when they all performed “Into the I-Land” together again on the I-Land stage. The performance truly radiated pure talent and charm courtesy of 22 dreamers. 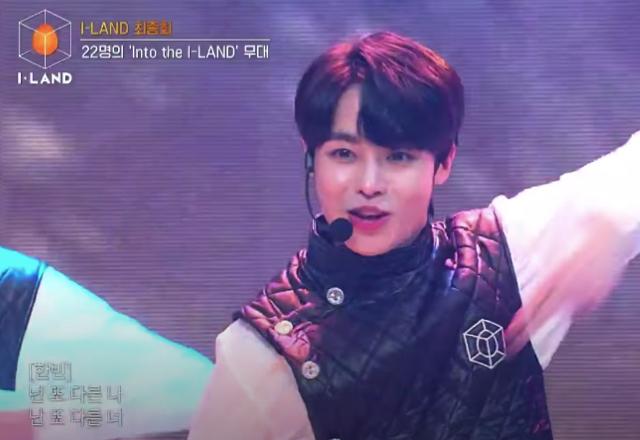 While many fan favorites may have been eliminated along the way, we’re sure that more opportunities are on the rise for these amazingly talented hopefuls. We wish them good luck in their bright futures!

As for ENHYPEN, we’re excited to see how they will bring their own flair to the table! You ready, Eggies?